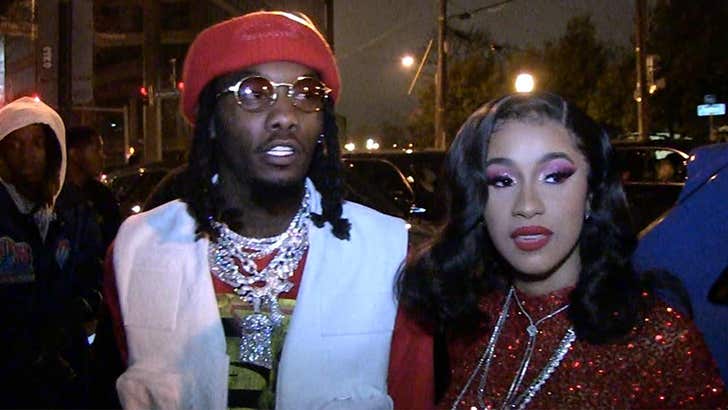 Offset and Cardi B sure know how to make an entrance ... flashing diamonds and tons of red for a long night of celebrating.

We got Offset and Cardi out Thursday night heading into 595 North in the ATL for his "Father of 4" album release party. You can tell the Migos rapper was excited to pimp his debut solo album featuring TONS of collabs ... including his wifey, Travis Scott, 21 Savage, J. Cole, Gucci Mane and Quavo. 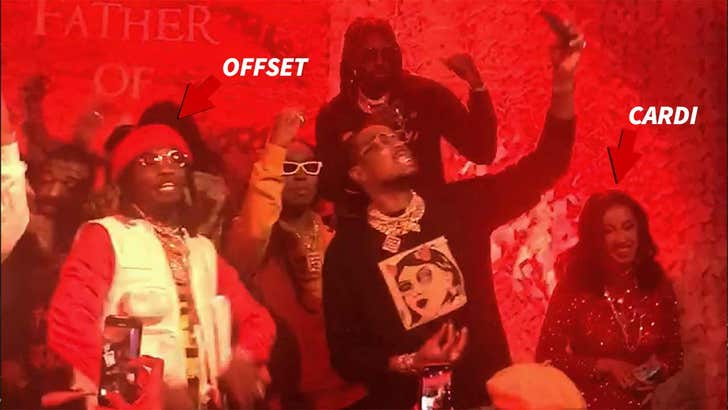 Once inside ... it was easy to spot the theme -- lots of red to style his new music video, "Red Room." Friends and family were also treated to a little trip down memory lane ... with tons of pics and banners from his childhood hanging from the rafters. There were also home videos playing in the background.

Quavo, Takeoff and Offset's crew -- Pee and Coach K -- from his label, Quality Control Music, also hit up the joint. BTW ... there was also an art installation outside the venue -- a smashed up neon green Dodge Challenger. It's a reference to the horrific car accident Offset survived last May.

We're told the entire crew then hit up OAK in Atlanta for an after-party that went well into the night ... especially since the album officially hit the digital world at 1 AM ET. A nice time was had by all!! 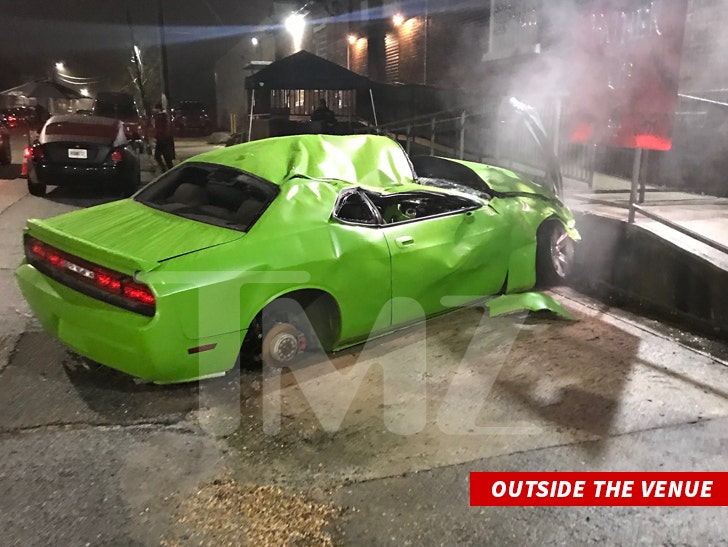 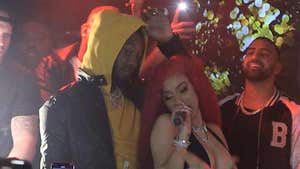