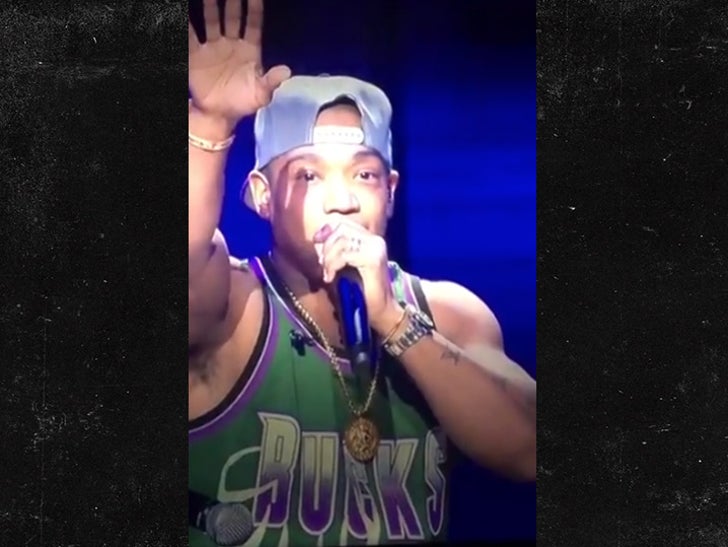 Ja Rule performed Saturday night at the Milwaukee Bucks vs Minnesota Timberwolves game in Milwaukee ... and no one gave a crap.

Ja was booked to perform during the halftime show, which was a '90s theme, but he mocked it by saying it was ridiculous to book an act that was all about the 2000s for a '90s event.

The crowd was clearly not impressed, and you just gotta watch the video and wince.

It got so bad ... Bucks players came out on to the court to warm up while Ja was still performing.

Ja's clearly still feeling the heat from his participation in the Fyre Festival. As we reported, he's actually trying to plan a Fyre Festival II.