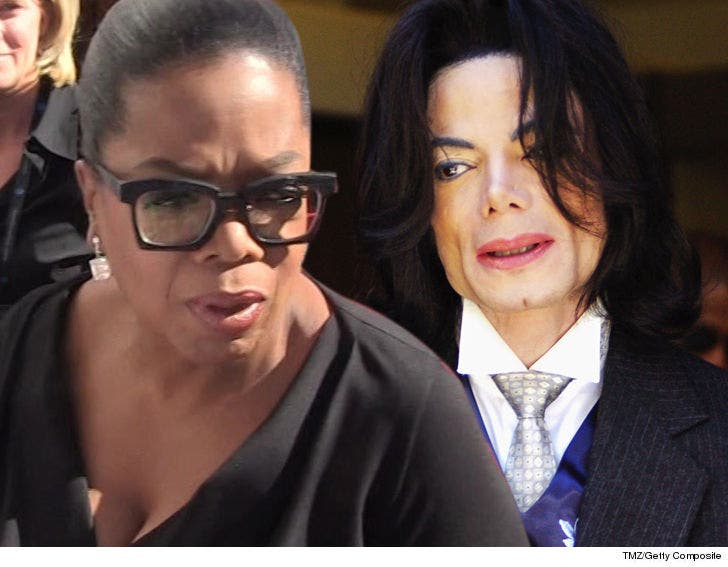 Oprah Winfrey is getting inundated with hate-filled messages from Michael Jackson fans ahead of her big interview with his accusers from "Leaving Neverland."

Oprah's interview with Jackson accusers Wade Robson and James Safechuck is set to air Monday night on HBO after Part 2 of "Leaving Neverland." Excerpts have already been released ... and, clearly, the content is pissing off MJ's most passionate followers.

In a clip from the interview taped Wednesday, Oprah says "Leaving Neverland" transcends Michael ... and speaks to a larger societal issue regarding sexual abuse. She doesn't say whether she believes Robson and Safechuck -- both of whom have previously testified MJ never molested them.

The interview alone has still been enough to trigger this kind of Internet hate. 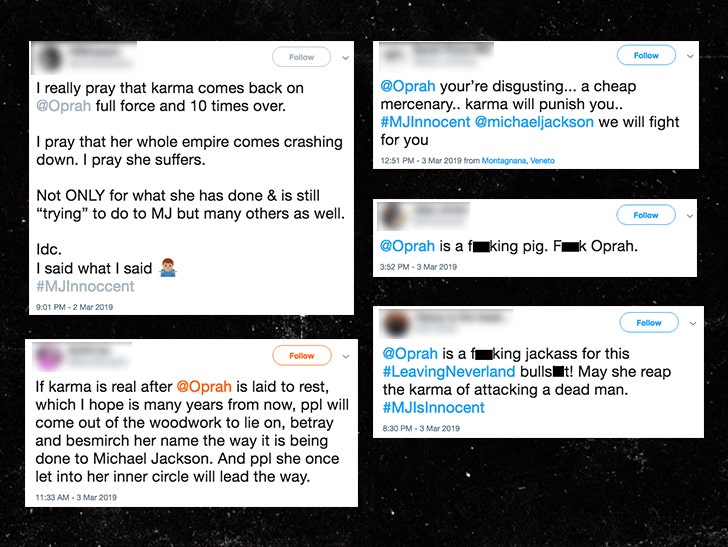 One user posted, "If karma is real after @Oprah is laid to rest, which I hope is many years from now, ppl will come out of the woodwork to lie on, betray and besmirch her name the way it is being done to Michael Jackson. And ppl she once let into her inner circle will lead the way."

Another tweet reads, "@Oprah you're disgusting... a cheap mercenary.. karma will punish you.. #MJInnocent @michaeljackson we will fight for you."

There's another clip Oprah released that actually asks a hard question of both Wade and James -- why did they keep associating with Michael if he had, in fact, abused them? On its face, the question shows Oprah's objectivity ... but that seems to be lost on rabid MJ fans. 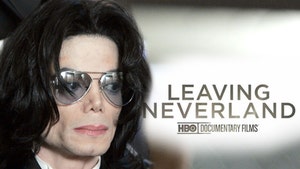 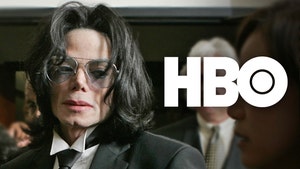