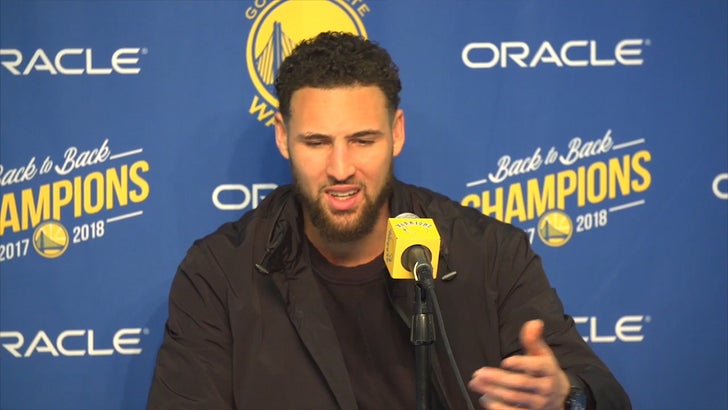 Klay Thompson thinks Warriors fans have been spoiled by their historic dominance ... grousing about Dub Nation's lack of support Sunday night after an embarrassing loss to the Suns.

The Warriors -- currently 1st place in the Western Conference -- just lost to the 2nd-worst team in the whole NBA ... and Klay's laying some of the blame on the fans. Yes, the fans.

"I expect our crowd to be a little more into it," Thompson said after the 115-111 loss. "I know it's not the playoffs, but it is our last go-around at Oracle (Arena)."

"Least you could stand up when someone makes a good play, especially in the beginning. We need that energy."

"We expect our fans to bring that from the jump."

There's been a lot to celebrate in Oakland lately -- 3 championships in the past 4 seasons, a 73-win season, and a starting lineup full of All-Stars.

Thompson's assuming all that success must get boring to the fans ... but as the Dubs make yet another run at a title, he makes it clear he wants more.

"It doesn't matter if we're playing the Suns or the Bucks, whoever it is ... we need that energy from them, 'cause we feed off that." 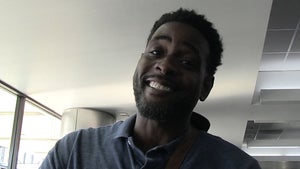 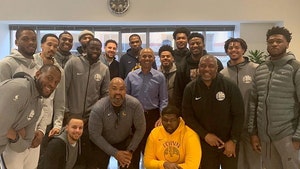