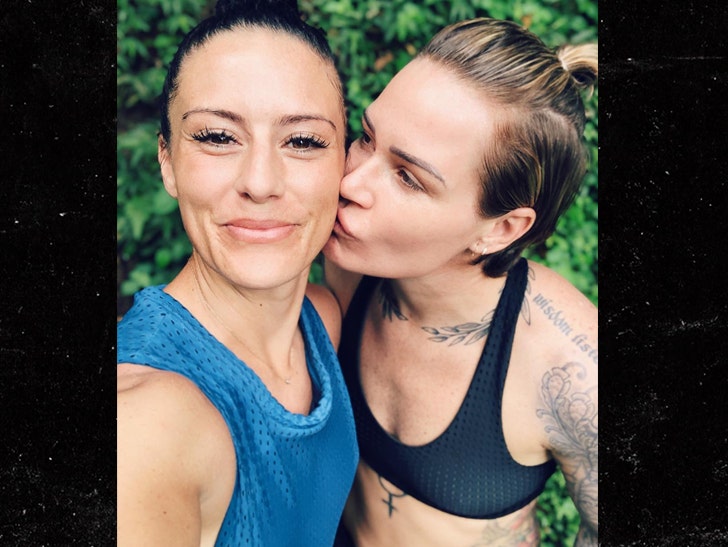 Two members of the U.S. Women's National Soccer Team are more than teammates -- they're engaged to be married!!

Defender Ali Krieger and goalie Ashlyn Harris just revealed they've not only been dating for the last 9 years, but Ashlyn actually proposed in September ... and Ali said, "Yes!"

It all went down in Clearwater Beach, Florida -- where Ashlyn busted out a pretty impressive rock.

The two are now planning to tie the knot at the end of 2019, according to People.com.

Ali and Ashlyn met on the USWNT in 2010 -- with Harris explaining, "We always sat next to each other on the bus and on flights, and we kind of just talked about our dreams and our hopes and what we wanted to do one day when we grew up. Because at the time, we were kids."

The couple wasn't exactly hiding their relationship, but they didn't flash it around either because they didn't want to be a distraction.

"We wanted to be professional and make sure that we showed up every day and did our job and it wasn’t just because we were together, it was because we love what we do, and we’re really good at what we do,” Krieger told People.

"We became more and more confident within and ourselves and then clearly within our relationship," Harris said ... adding, "Finally, after all these years, I just feel like I don’t have to hide anything or feel like I’m not living up to the community I’m in." 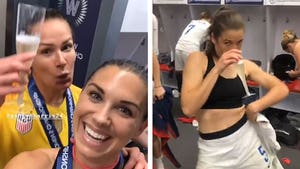