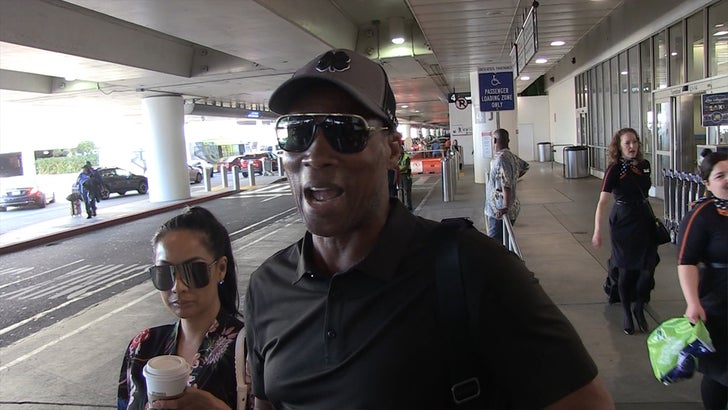 Byron Scott is a fan of Luke Walton and thinks he's doing the best he can with the Lakers -- but tells TMZ Sports it's obvious his job as head coach in L.A. is just about over.

"Listen, I think Luke did a great job under the circumstances," Scott tells us ... "He's in a situation that's extremely, extremely tough."

"At the end of the day, I can tell you this from past experience, coach is always first to go. That's just how it is."

Of course, Scott is referring to his own run as head coach of the Lakers which lasted from 2014 to 2016 ... when an injury-stricken Kobe Bryant was wrapping up his NBA career.

As for Luke, Scott says he'd love to see the guy get another shot leading Los Angeles ... but he understands the optics considering the Lakers have a terrible record and didn't come close to matching expectations.

As for Scott's own coaching career, Byron says it's highly unlikely he'll return to the sidelines ... but never say never.