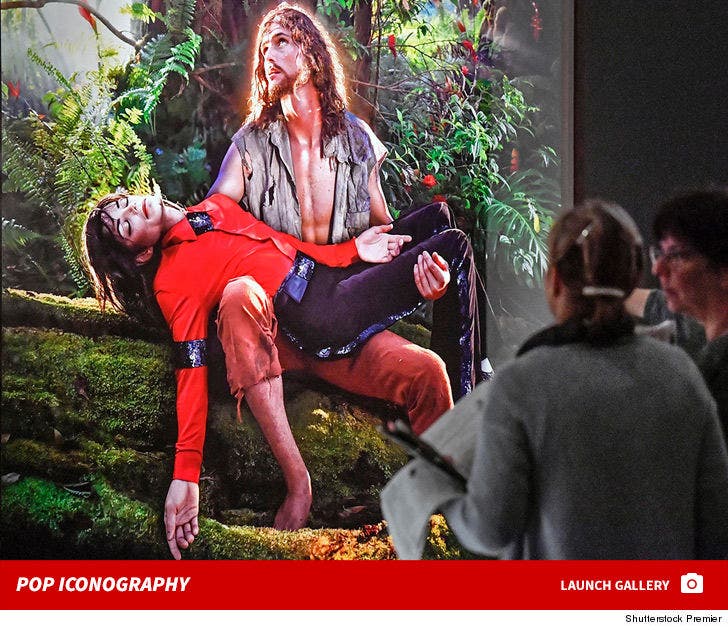 An art exhibit featuring Michael Jackson right now is controversial enough, but when the King of Pop is depicted as a real king, a holy figure and gets mixed up with Jesus ... things get extra dicey.

Jackson is the focus of an art show at the Bundeskunsthalle museum in Bonn, Germany called "Michael Jackson: On the Wall" ... and the timing couldn't be more curious in the wake of "Leaving Neverland" and the #MuteMichael movement.

The artwork's provocative as hell, too -- literally -- with one piece by David LaChapelle called "American Jesus: Archangel Michael Jackson" showing MJ with angel wings standing on the devil.

Another one of the artist's 'American Jesus' pieces -- titled 'Hold Me, Carry Me Boldly' -- portrays Jackson being held by Jesus. It's akin to Michelangelo’s Pietà sculpture, which portrays the crucified Jesus being cradled by his mother Mary.

There's also a piece by artist Kehinde Wiley swapping out the face of Spain's King Philip II for Michael's.

You get the picture.

As you know ... Jackson's characterized as the opposite of a Christlike figure in the HBO documentary, which includes disturbing allegations from 2 of his accusers, Wade Robson and James Safechuck.

The impact of the doc has been wide-reaching, with many folks calling for an all-out Jackson ban ... and even his episode of "The Simpsons" has been pulled.

Not in Germany though. 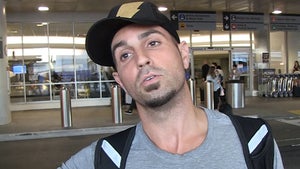