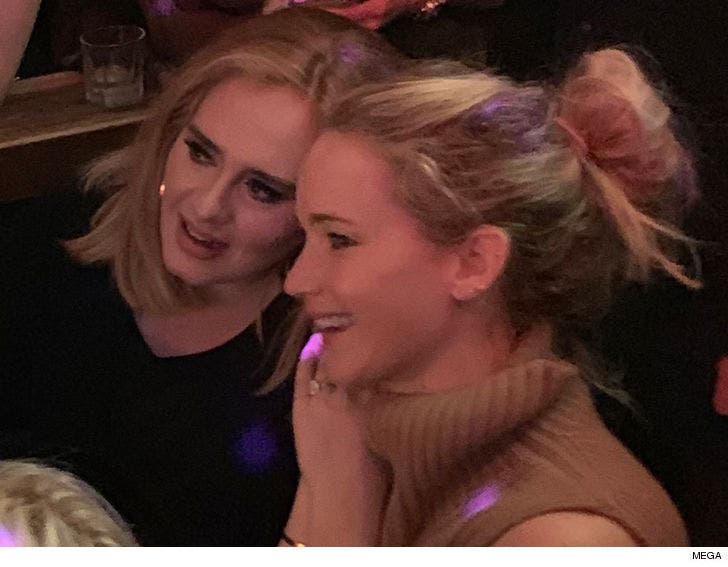 Jennifer Lawrence and Adele had a super fun night Friday in New York City ... hitting up a Greenwich Village gay bar and the crowd went crazy for them.

JLaw and her bud Adele hit up Pieces, and they got right in the thick of it, entertaining the crowd, jumping onstage, and participating in a drinking contest ... which Jennifer handily won.

Jennifer Lawrence literally got Adele down to the floor for losing at a musical shot game 😂 pic.twitter.com/TuhLQbdurF

The drag queen hosting the show asked Adele what she does for a living, and she answered, "Actually at the moment I'm a stay-at-home mum."

Adele at a gay bar having the best time ugh my hearttt 🖤 pic.twitter.com/bohsPoGD1v

Adele didn't take well to losing the drinking contest, taking a hilarious shot at Jennifer, saying, "You're f***ing engaged. You're not even relevant to be here!" As you know, Jennifer's engaged to Cooke Maroney. 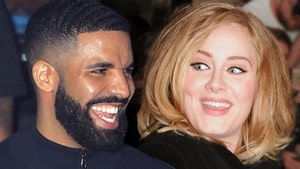 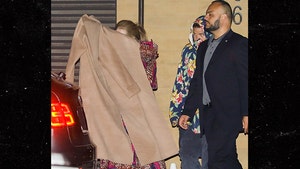 Adele Covers Her Face as She Leaves Malibu Restaurant