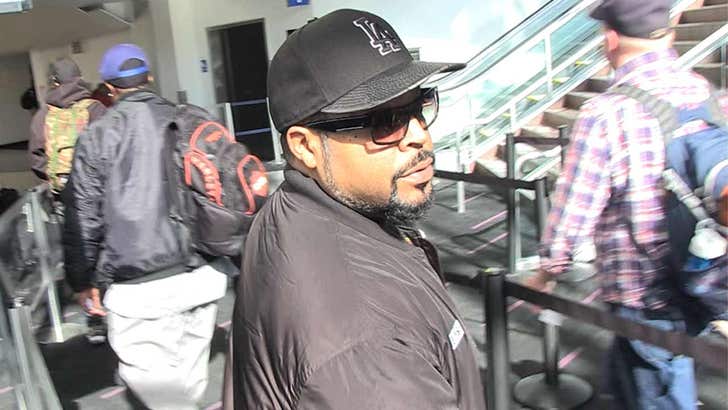 Ice Cube agrees ... there's absolutely no reason to delay immortalizing Nipsey Hussle﻿ on the streets of his hometown, and he also has a message for people feeling the loss.

We got Cube Friday at LAX and asked him about a Change.org petition calling on city officials to rename the intersection of Crenshaw Blvd. and Slauson Ave. as "Nipsey Hussle Way." The petition has spread like wildfire ... and already has more than 420,000 signatures.

Check out the clip ... Cube's on board with anything that keeps Nipsey's legacy alive.

However, he also hinted at something that's been a concern in L.A. since Nipsey's murder: the fear of retaliation and more violence. Even as he offered positive thoughts, Cube's parting words seemed to refer to that simmering threat.

Even police are worried Nipsey's accused killer, Eric Holder, could be offed in jail -- and, as a result, he's being held in solitary confinement.

Holder, of course, has been charged with murder after Nipsey was killed in broad daylight last weekend. Cops believe Holder -- aka Shitty Cuz -- is the guy who pulled the trigger in surveillance video showing Nipsey and 2 friends getting shot multiple times. 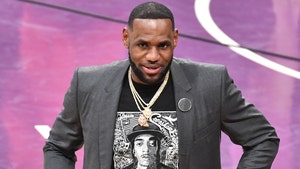