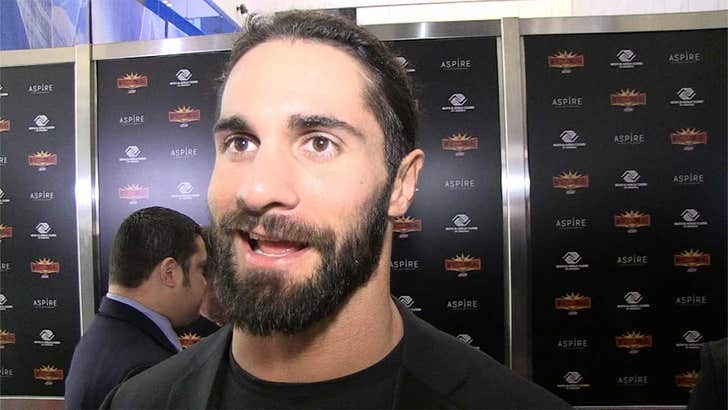 Seth Rollins says Brock Lesnar is SELFISH and everyone is sick of him ... and 'cause of that, NOBODY wants him in WWE.

TMZ Sports talked to Rollins -- who's fighting Lesnar for the WWE Universal Championship at WrestleMania 35 -- in NYC Friday night ... and there is absolutely ZERO love between the 2 superstars.

"He's not in it for anybody but himself. So, Brock Lesnar, he will tell you to your face that he is in this industry, he's in any industry, for himself to make his own money,"

"That's not what I'm about. I'm about giving back to a business I love, that has given me so much."

Still, Seth says even though Lesnar's a jerk ... he's a massive draw for fans.

"He's a box office attraction and everybody knows that. The problem is, he knows that as well, and he takes advantage of it every step of the way. So, he doesn't contribute to the locker room. He doesn't give anything back."

That's why, according to Rollins ... Lesnar -- who is an AMAZING athlete -- is persona non grata in the organization.

"I admire Brock Lesnar from a fighters perspective, from an athletes perspective. He's incredible. The way he trains for his fights. His mindset going in. He's a specimen unlike any other, and that's why he's able to do what he does."

"But, he doesn't inspire people, man. And, you need a champ who does that."

Will Rollins be that guy? We'll find out Sunday. 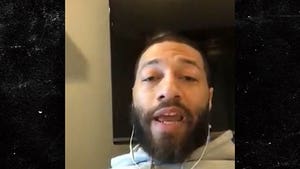