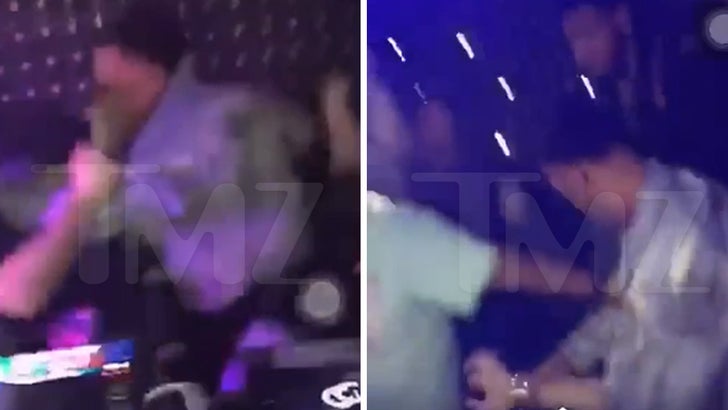 1:02 PM PT -- Sources close to Slim Jxmmi tell TMZ that the guy Slim swung on in the DJ booth was a lighting guy that had gotten into it with Rae Sremmurds own personal DJ (who we're told wasn't actually DJ'ing for the night) prior to the altercation ... and that Slim was just defending his own dude. Our Slim Jxmmi sources say it had nothing to do with being mad about a song not being played ... it was simply retaliation for a lighting guy getting handsy with his crew.

We're being told differently by other people that were there -- who insist the guy with the hat who Slim Jximmit jumped on was, in fact, the DJ for the night ... not a lighting guy. Our sources say there was some sort of verbal back and forth between him and Slim right before the fight broke out.

Slim Jxmmi wasn't about to stand for a DJ blatantly refusing to play a song he'd requested -- but he would fly for it ... right into the guy's booth with a clenched fist.

The Rae Sremmurd rapper got into it with an amateur DJ Saturday night during a paid gig at the University of North Florida's OZFEST Spring concert. In footage of the altercation, obtained by TMZ, you can see SJ leap into the DJ's area and start swinging.

Eyewitnesses tell us Slim was pissed the DJ wouldn't play a song he'd asked him to play during the performance, and that he and the guy even went back and forth a bit before this blowup.

We're told it was quickly broken up, and cops weren't called either. After Slim Jxmmi cooled down backstage for about 15 minutes, our sources say he actually reemerged to finish his set alongside his brother, Swae Lee, who was also there but didn't perform.

And, get this ... the DJ finished the set too! We're told everything carried on like normal afterward. So it was seemingly a happy ending. 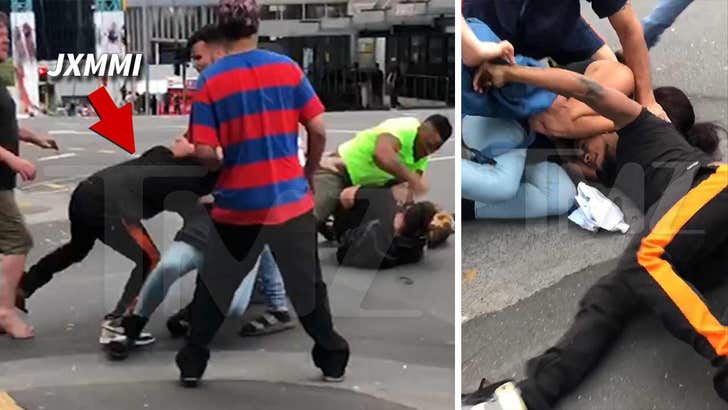 This isn't Slim Jxmmi's first dust-up BTW -- he was involved in a violent street brawl down in New Zealand just earlier this year ... where a woman appeared to be part of the battle. 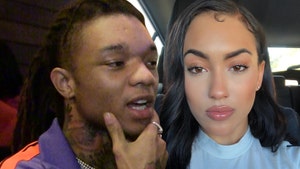 Swae Lee's Ex Accuses Him of Cheating, Splits with Him for Good 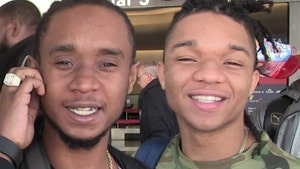 Slim Jxmmi You Might Want to Rethink Fights Exclusive Music