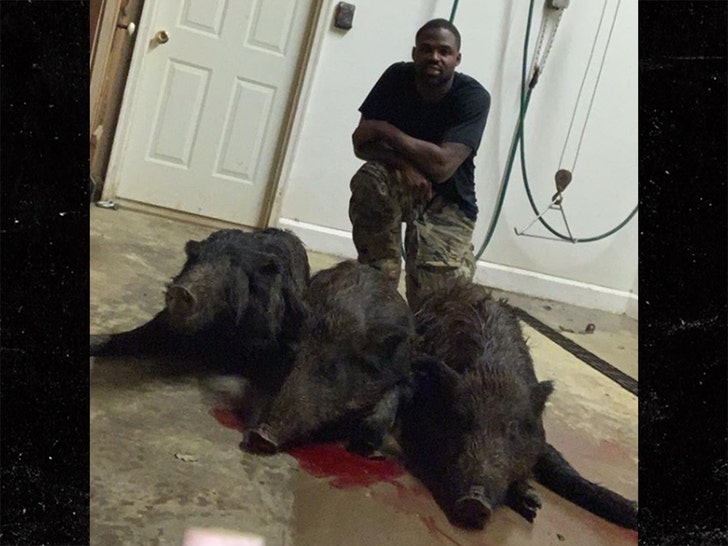 Torrey Smith proudly displayed the hogs he killed over the weekend.

Torrey's a hunter who set his sights on some South Carolina feral hogs. Authorities in S.C. say the hog population is out of control and has caused real problems for farmers.

It looks like the hogs ended up on his dinner table, because shortly after posting the pic he posted more photos with some boar chops in the frying pan. 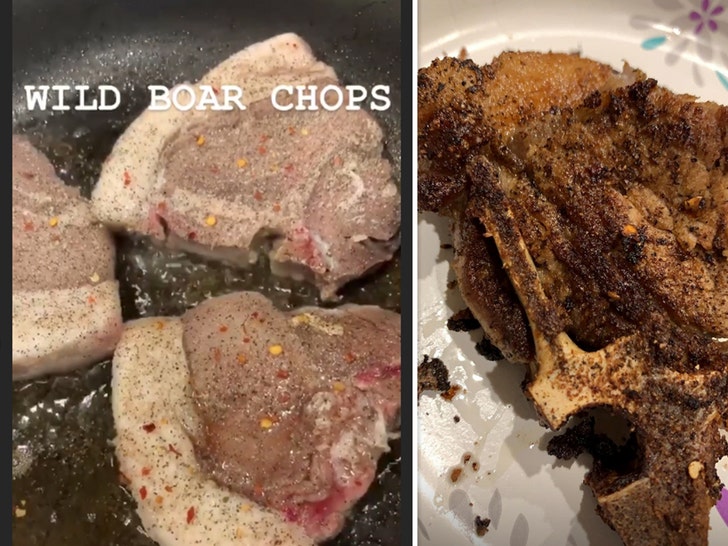 Torrey uses thermal scopes to locate the hogs and hone in. A few weeks back, he posted a night photo of 3 hogs with the caption, "Someone asked what does the corn attract. You use thermal scopes and get some nice free organic pork. You also help out the farmers because the hogs destroy their fields. Everyone wins and it's fun!" 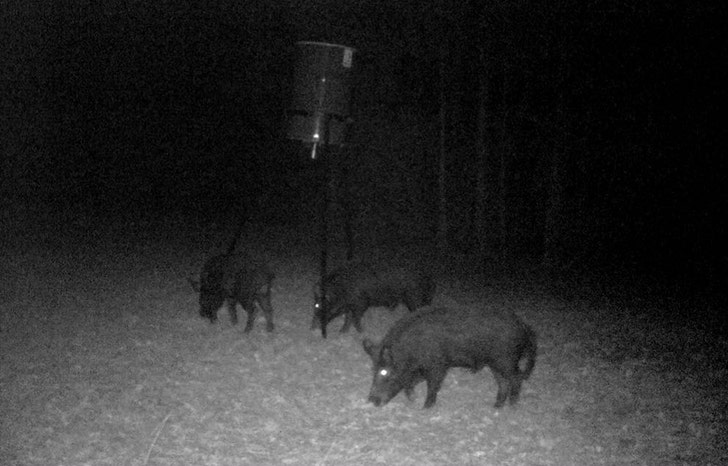 Wildlife officials in South Carolina estimated there are 200,000 feral hogs in the state. As for killing them, there are few regulations. Hunters don't need a license on private land and night hunting is permitted.

South Carolina is one of the top 10 states for hog hunting, largely because of the number of animals. 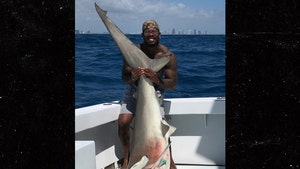 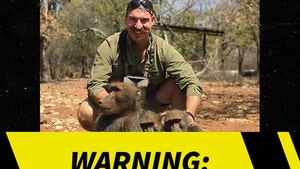