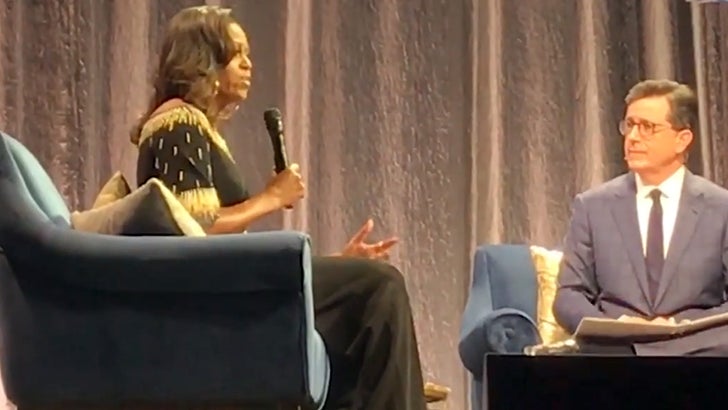 Michelle Obama condemned President Trump but in doing so took a swipe at divorced dads ... and she's catching heat for it.

The former First Lady was promoting her new memoir "Becoming" in London when she struggled to find a metaphor describing America's fascination with Donald Trump -- a fascination that turned bad.

You hear Stephen Colbert -- who moderated Michelle's chat -- tee off first, and then she launches, equating America's troubles with that of a teenager who spends the weekend with his/her divorced dad who makes things fun at first and then gets the youngster sick.

The fallout from the video -- obtained by The Independent -- was immediate as people, especially divorced dads, took offense at the intimation divorced dads are somehow lesser than divorced moms.

Someone tweeted, "I admire @MichelleObama, but I really wish she wouldn't use divorced dads as a metaphor for Trump. I hear some of them are quite awesome." Someone else said, "As a divorced dad, I do my best to raise my son into a kind of man of which we all can be proud. Your comment doesn't help people see that I'm conscientious and competent to do a good job."

It gets worse ... someone who actually liked Obama and disliked Trump said, "You've shown that you can say just as rude and insensitive comments as Trump." 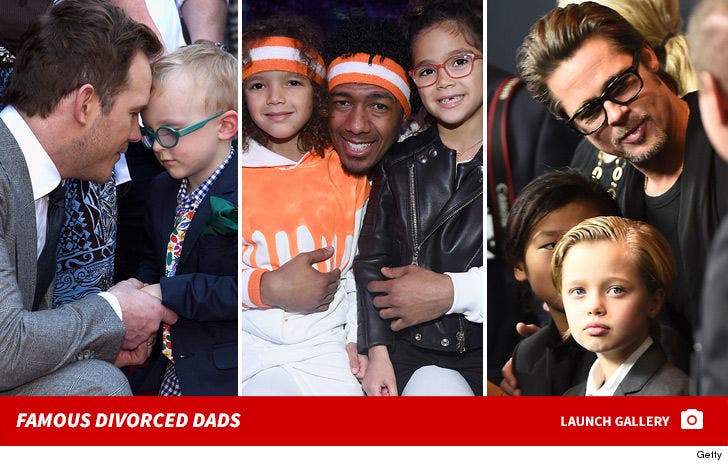 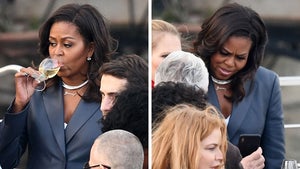 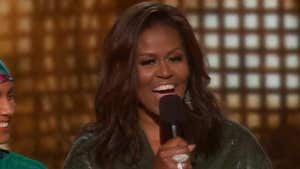