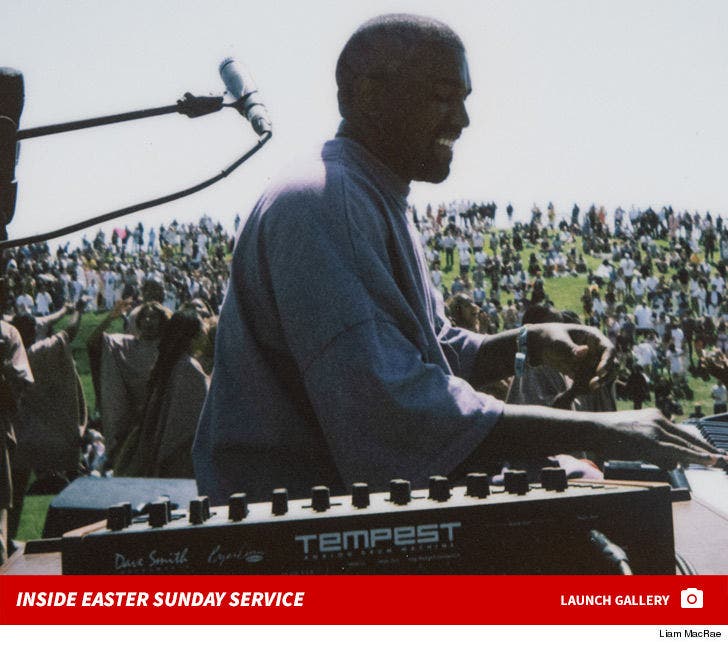 Building Kanye West's man-made mountain for his Sunday Service at Coachella was no easy feat ... as evidenced by the MASSIVE army putting in work in this awesome time-lapse vid.

As we first reported ... more than 50k people attended Ye's service last weekend in the Coachella campground. The event lasted a couple of hours and it brought out some heavy hitters ... from the Kardashian family to Chance the Rapper, Donald Glover, Kid Cudi and more.

But, leading up to the massive event was Kanye's main designer's company at work. John McGuire owns TrasK House, which worked around the clock to build the man-made mountain. You can see in this incredible time-lapse video, tons of workers hauling equipment to complete Kanye's raised alter.

You see tractors pushing dirt like crazy to build the mountain ... followed by a crew laying out the sod to complete the magnificent look.

As you know by now ... Kanye and his choir performed numerous Gospel songs and he also debuted a new track called "Water" and played classics like "Jesus Walks."