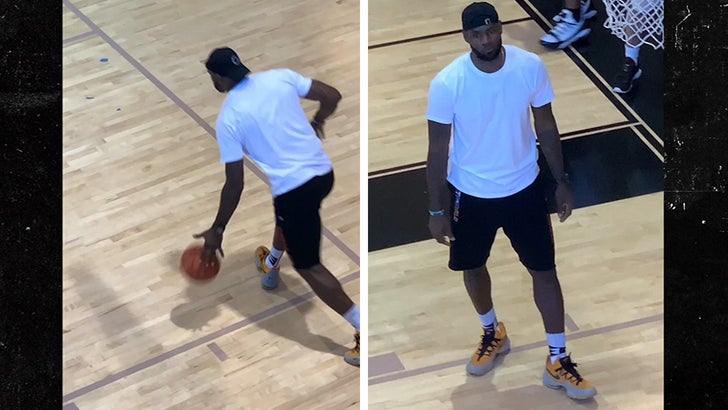 More proof LeBron James is a lifetime member of the #GetBetterGang (shout-out Stephen Jackson) 'cause here's video of the King getting a little shooting practice in at his son's hoops game.

Bronny had a run this weekend at the Elite Youth Basketball League in Atlanta, and during a little down time in the action, his pops took the opportunity to get some shots up.

The L.A. Lakers star drained two shots (not exactly NBA range), all while the players were off the court. BTW, we also got video of LeBron rebounding while the kids shot around ... dude's a team player.

As for Bronny, a hoops superstar himself ... he had a very special guest in attendance to watch him hoop ... Duke's Mike Krzyzewski was in the building. 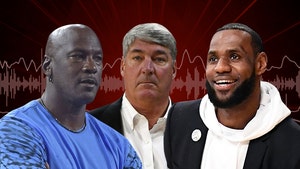 Bill Laimbeer Says LeBron James is the G.O.A.T. 'Every Day of the Week'