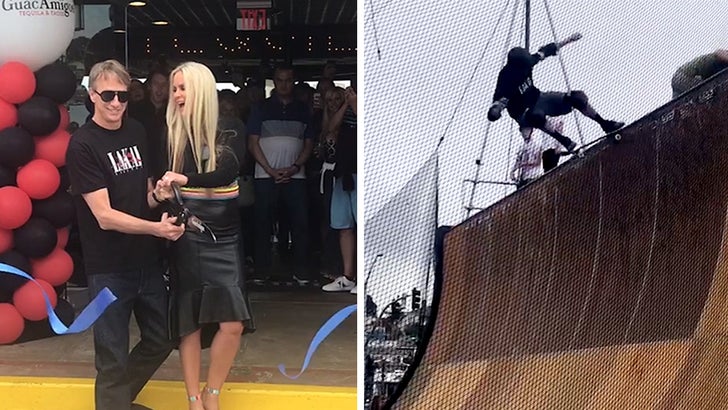 How's this for a ribbon-cutting ceremony?!?!

Tony Hawk opened his brand-new restaurant in the most Tony Hawk way possible -- with some sick skate tricks on the half-pipe!!

The skateboarding legend just opened the GuacAmigos Mexican food joint in Newport, CA over the weekend ... kicking things off with a skate demo right in front of the restaurant.

Not only did the new business owner put on a show, he raised a bunch of money for his Tony Hawk Foundation with a silent auction too!!

BTW -- the food at this place looks delicious. 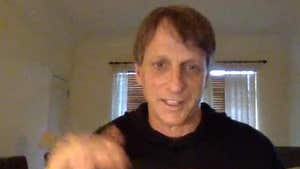 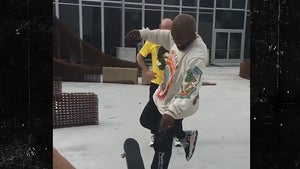 Kanye West Gets Skateboard Lesson on How to Do an Ollie