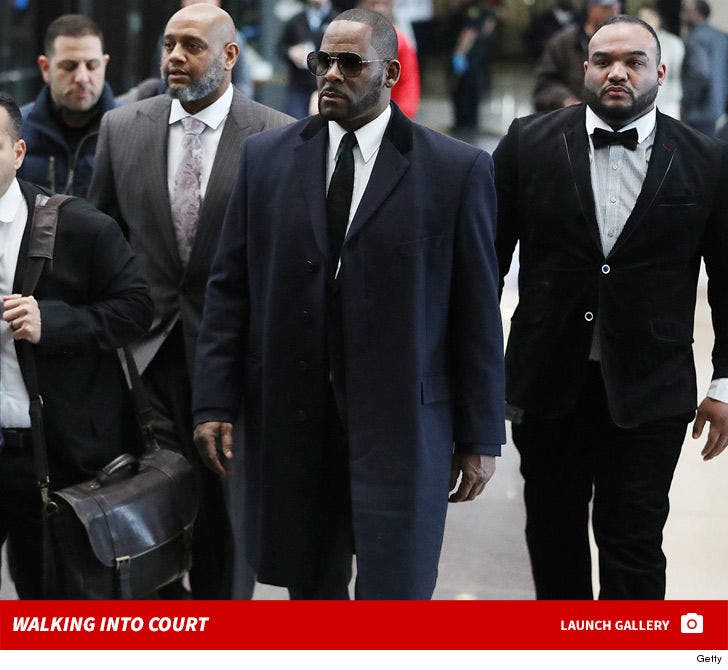 9:55 AM PT -- R. Kelly's publicist, Darrell Johnson, tells us, "Mr. Kelly steadfastly proclaims his innocence and looks forward to a speedy trial. Again, the state has failed to bring forth any proof concerning the sex tape, while claiming there was wrong doing!"

7:55 AM PT -- R. Kelly's lawyers were told it's not enough to insinuate something rotten was going on between Michael Avenatti and State's Attorney Kim Foxx ... the judge just told the singer's lawyers they gotta say what they mean.

For his part, Avenatti states they have already uncovered texts and emails between himself and Foxx, and they were published by the Chicago Tribune weeks ago. It's unclear what more may exist, but Avenatti is claiming they have it all, and he came up clean. 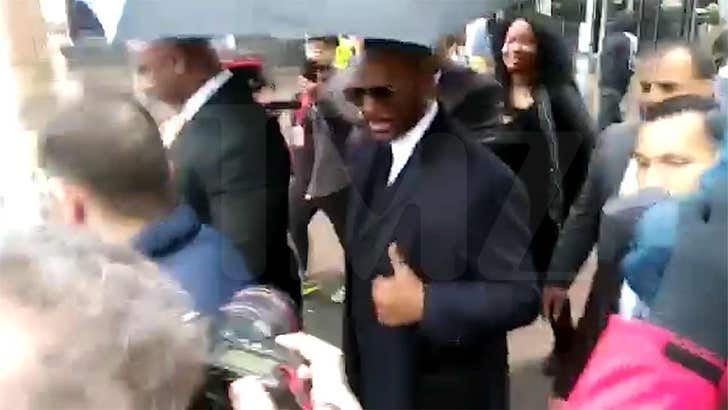 7:14 AM PT -- R. Kelly just made his way inside the courthouse suited and booted with a huge entourage behind him. He kept it moving though, not stopping for questions or photos.

The judge still deciding whether there will be a live feed inside the courtroom -- we're waiting to see what the ruling is. Fingers crossed.

R. Kelly is on a collision course with another famous defendant -- Michael Avenatti -- and it could all come to a head Tuesday morning when the singer appears in court to possibly challenge the authenticity of a sex tape.

The embattled singer is trying to blow up the sex tape by suggesting something fishy was going on between Avenatti and Cook County State's Attorney Kim Foxx. In R. Kelly's legal docs, he notes Avenatti has publicly claimed to have had repeated conversations with Foxx, and based on what happened in the Jussie Smollett case, he describes the prosecutor as someone who is "able to be influenced and wowed."

He goes on to allege there are questions to suggest Foxx was "bullied or just simply manipulated by Avenatti."

Avenatti previously came forward with 2 sex tapes he claims show Kelly having sex with a 14-year-old girl ... and Kelly's legal team wanted to know more about Avenatti's relationship with Foxx, saying they were concerned Avenatti might have "bullied or simply manipulated" Foxx.

As we've reported ... the tapes are part of the new evidence that prompted prosecutors to hit R. Kelly with 10 counts of aggravated criminal sexual abuse. 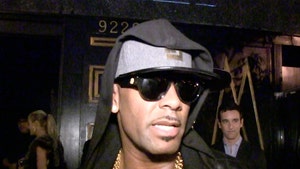