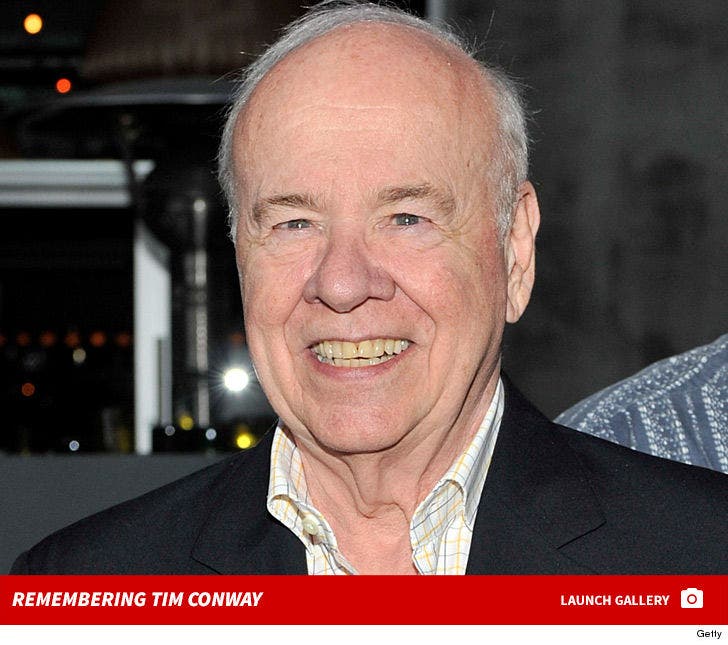 Conway's rep, Howard Bragman, says Tim was battling complications from normal pressure hydrocephalus -- an accumulation of spinal fluid on the brain. He had reportedly been suffering from dementia ... and had been under a conservatorship formed to make medical care decisions. The court appointed his wife, Charlene, his conservator.

Tim, along with the late Harvey Korman, starred brilliantly on "The Carol Burnett Show." Their scenes with Carol were legendary, as all 3 stars constantly tried -- and often succeeded -- in making the others crack up on camera.

Tim was originally a guest star when the series started in 1967, but became a regular in 1975, and remained a fixture on it until it ended in 1978.

He went on to guest star on many, many, many TV comedies ... such as "Married with Children," "Cybill," and "The Larry Sanders Show."

Conway also starred in his hilarious "Dorf on Golf" series of videos, and was the special guest in a famed season 8 episode of "The Simpsons" -- "The Simpsons Spin-Off Showcase."

Tim is survived by his wife, 7 kids and 2 granddaughters.

In lieu of flowers, Tim's family would like donations to be made to the Lou Ruvo Brain Center at the Cleveland Clinic in Las Vegas, Nevada.