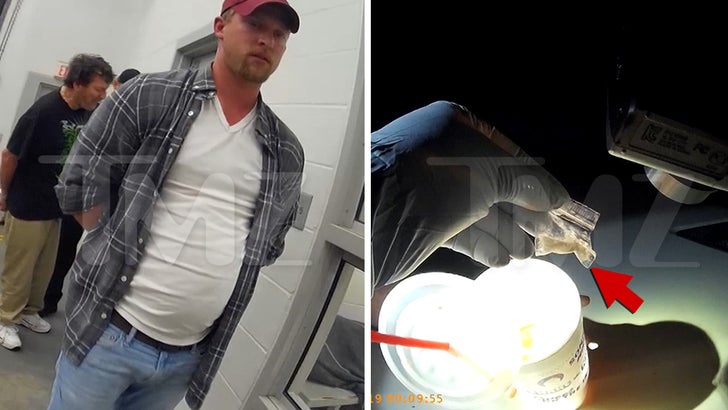 In the video, you can see cops in Oklahoma take the lid of a cup and pull out the meth. It appears as if Kyle Chrisley ﻿stashed the drug there. Kyle had been pulled over for a broken headlight. That obviously turned out to be the least of his troubles.

We broke the story ... Kyle was arrested for felony possession of methamphetamine. He was also held on an open warrant for his arrest out of Dekalb County, GA ... where he was wanted for threatening to kill his estranged wife, Alexus Chrisley.

There were 2 other passengers with Kyle when cops stopped him ... a woman who can be heard talking to cops in the first part of the video and an older man who was also arrested for possession of weed. You can see him in the latter part of the video ... when cops hauled him and Kyle into jail.

Kyle has had a rocky relationship with his pops, and only appeared in one season of the hit USA reality show. He's due back in court later this month. 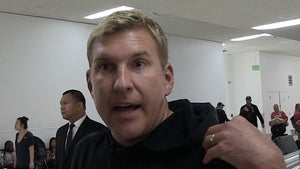