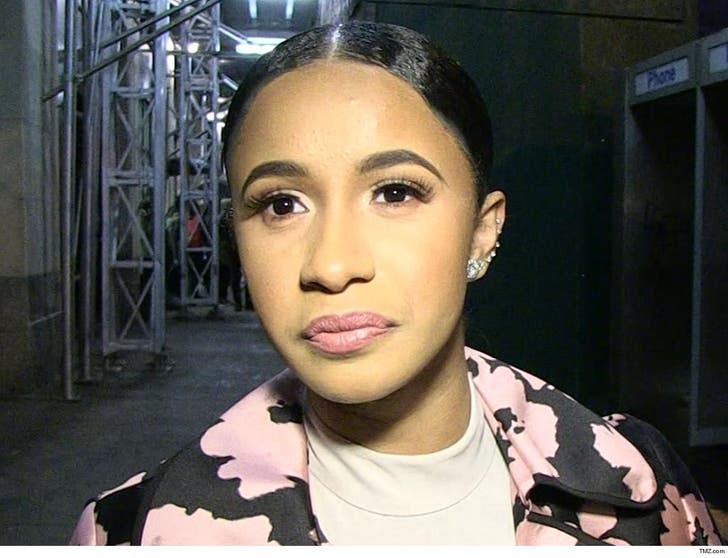 11:48 AM PT -- ﻿Cardi's team tells TMZ ... "Cardi says she's very disappointed and hates to let her fans down, but she wants to reassure them that she'll see them in September!"

10:20 AM PT -- Event organizers have announced the makeup date is September 8.

Cardi B is backing out of a Memorial Day Weekend concert in Maryland, and TMZ has learned it's all because of some serious fallout from her recent cosmetic surgeries.

Cardi was set to headline the 92Q Spring Bling Festival this Friday night in Baltimore, but now it's been postponed because she's gotta pull out. Sources close to the rapper tell us ... CB needs to recover from her recent liposuction and breast augmentation.

We're told it's gotten so bad, she simply can't perform -- a move her doctors had encouraged, telling Cardi she needs time to let the swelling go down and for her body to fully recover. Doctors are recommending a couple of weeks of R & R. 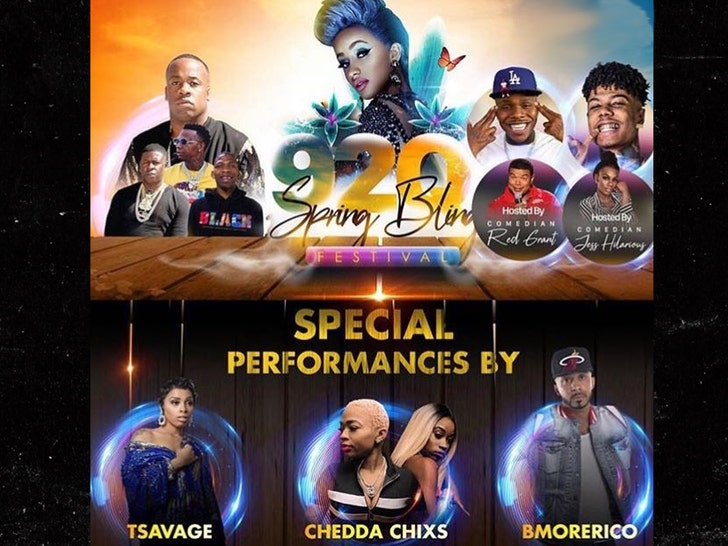 Cardi's been extremely open about recently deciding to undergo the procedures after giving birth to baby Kulture. 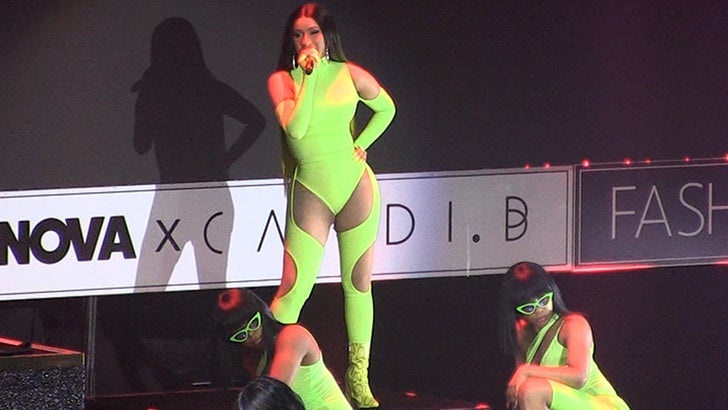 Going under the knife didn't stop Cardi from working her ass off ... until now.

She recently performed at Rolling Loud in Miami and was twerking non-stop in L.A. at the launch party for her Fashion Nova clothing line.

Cardi told the crowd at her May 5 concert in Memphis she should have canceled because "moving too much is going to f*** up my lipo" ... but she rocked the house anyway.

Our Cardi sources tell us the surgeries are finally catching up to her ... and the heavy workload proved to be too much, too soon. 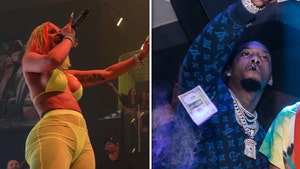