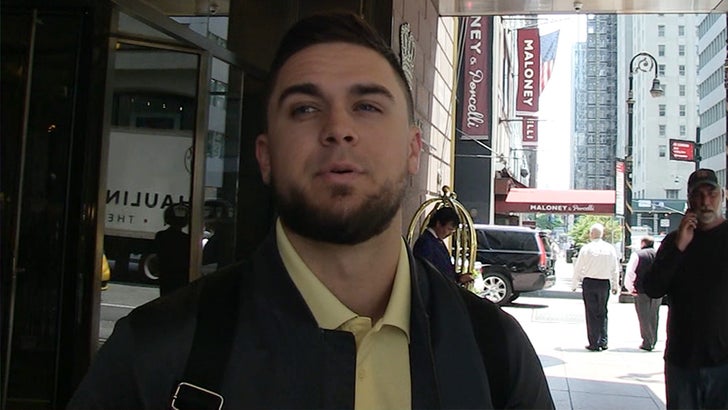 Red Sox stud Michael Chavis is worried for the Cubs star who hit a child with a foul ball earlier this week ... telling TMZ Sports his ex-teammate was messed up for WEEKS after doing the same thing.

As we previously reported ... Chicago utility man Albert Almora Jr. hit a screaming line drive into foul territory in a game earlier this week -- and the ball connected squarely with a 4-year-old girl.

Almora Jr. was visibly upset -- even crying into his baseball mitt ... and when we got Chavis out in NYC on Friday before the Red Sox took on the Yanks -- he said he's concerned for Albert's immediate future.

And, why? Chavis says he had a minor league teammate who ripped a foul ball into a fan a few years ago in similar fashion ... and the guy took a while to recover from it.

"Honestly, for the next couple weeks, he was kind of like flustered," Chavis tells us ... "Scared to pull the ball and stuff like that."

Almora Jr. hasn't played in a game since the incident Wednesday night ... but there's hope he won't be bothered by the accident -- after all, the little girl he hit is reportedly doing fine.

As for Chavis ... he also spoke with us about how pumped he is for his first-ever trip to new Yankees Stadium.

Plus, ya gotta see his reaction when our camera guy asks him about his chase for the Rookie of the Year award!!! 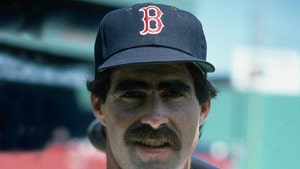 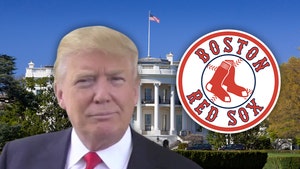