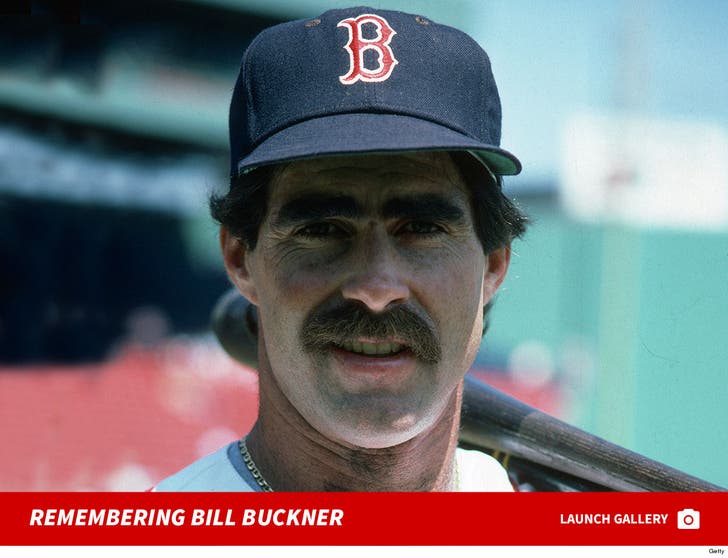 Bill Buckner -- who drew the ire of Red Sox fans for decades due to a major World Series error -- has died after battling dementia ... according to his family.

Buckner passed away early Monday morning surrounded by family and friends following a tough battle with Lewy Body Dementia, per a statement his family released. They went on to write, "Bill fought with courage and grit as he did all things in life."

They ended their remarks by saying, "Our hearts are broken but we are at peace knowing he is in the arms of his Lord and Savior Jesus Christ."

He's perhaps most famous for a game-deciding blunder during the 1986 World Series, when he was playing first base for Boston and failed to field a slow chopper down the line.

With the game tied at the bottom of the 10th and a runner on second, Mets player Mookie Wilson tapped a ball on the ground toward first, which seemed like an easy enough play to make -- only Buckner didn't. It hopped between his legs and rolled into right field.

The Mets scored and won the game, and then went on to win Game 7 ... dashing the hopes of the Red Sox who were hunting for their first World Series win at the time since 1918. The mistake went down in baseball history, and made him hated among Sox fans for years to come.

Buckner was eventually honored at Fenway Park in 2008, after the Sox had won the WS four years prior. He threw out the ceremonial first pitch, and it was clear the old wounds between himself and the city had healed.

He played with the Dodgers, Cubs and Sox over the course of his 22 season baseball career.