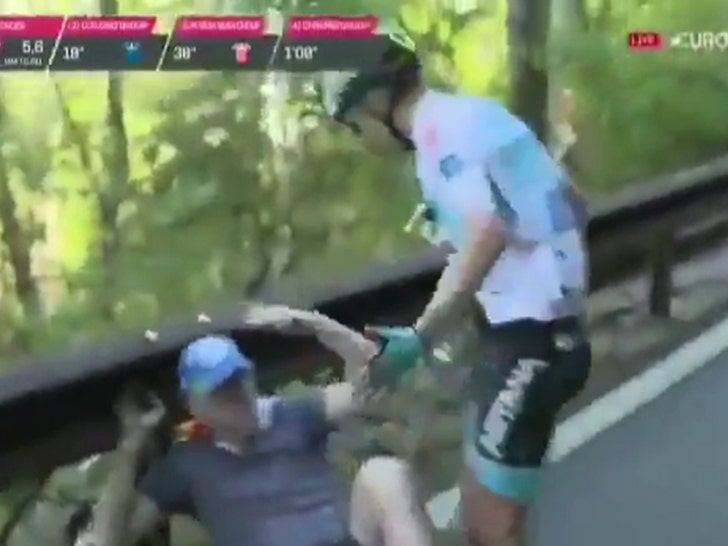 A pro bicycle rider slapped the living hell out of a fan during a big race this weekend ... hitting the guy multiple times -- and then knocking the hat right off his head!!!

It all went down during the Giro d'Italia race in Italy on Saturday ... when a spectator who was running alongside riders tripped up and accidentally knocked into Miguel Ángel López's bike.

The Colombian cyclist was thrown from his ride ... and in response -- he went OFF on the fan!!!

Who says cyclists 🚴🏽‍♂️ aren't still on roids? 💉 Props to Miguel Angel Lopez for laying down some bike race justice on this idiot fan who got onto the course at the #GiroDeItalia2019 pic.twitter.com/HF2vMMJHtl

Lopez slapped the guy in the head a few times ... and then knocked his cap straight off his dome.

Lopez apologized for the incident after the stage, but also blamed the fan, saying, "I'm sorry for what happened. I was full of pure adrenaline. But there needs to be more respect for the cyclists."

As for the race, Lopez clearly wasn't fazed by the altercation ... he finished 7th overall. 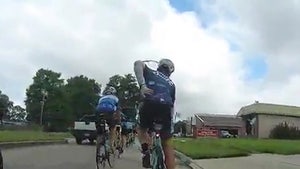 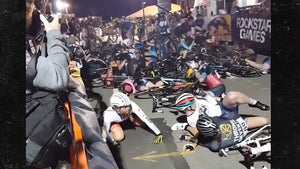 You Might Want to Rethink Fights TMZ Sports Breaking News