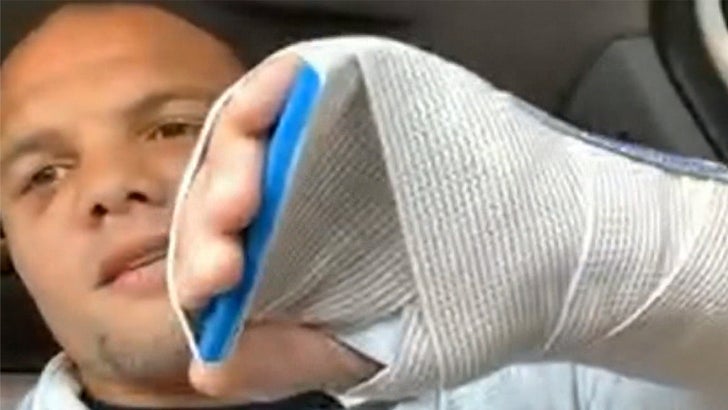 "I just kept going, you know what I mean? Whatever, who cares, f**k it. Let's just throw down."

That was UFC fighter Anthony Smith's reaction to BREAKING HIS HAND in the 2nd-round of his UFC fight with Alexander Gustafsson on Saturday in Stockholm, Sweden.

Smith -- who won via rear-naked choke in the 4th -- tells TMZ Sports it was "super painful" (as you'd expect) ... but there was NO WAY Lionheart was quitting over a broken bone.

"I definitely felt the break and it hurt, but as the fight went on it got worse for sure," Smith tells us.

"Honestly, man, here's my mentality. I'm here, I'm hurt, let's just fight. I don't want any regrets. I don't want to wonder, ah, maybe I coulda pushed it or whatever. I just go do it."

How the hell did Smith continue?

"I know this sounds silly. But, I remember sitting down in between rounds. My hand was broken. We're going into the 4th. I just kept thinking, man, I just wanna get home and go camping."

Anthony's home, and he's having surgery to fix the break on Wednesday ... and then he says it'll need 4 months to heal.

'Til then, he's going camping. 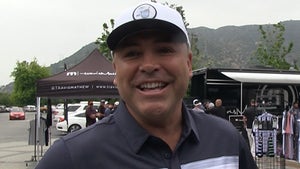