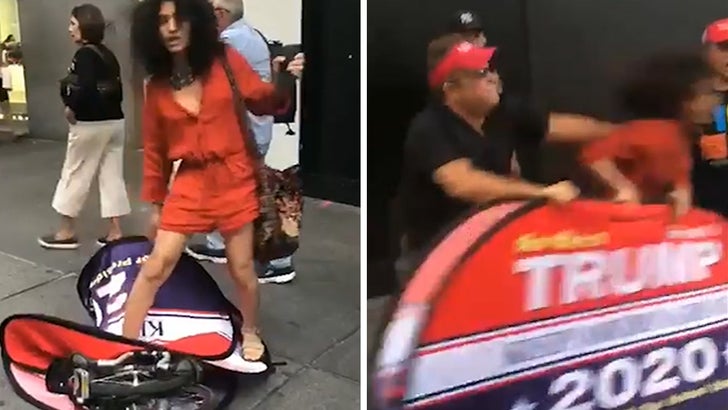 "Pose" actor Indya Moore went after a President Trump supporter, who decided to fight back ... and then all hell broke loose.

Video of the incident starts with Indya stomping on a "Re-elect Trump" sign in NYC. They tried to walk away with it, but the owner of the sign, Dion Cini, stepped in to grab his property. Both struggled over the sign for a bit and then Dion started shoving Indya and another guy.

The scrap lasted a few moments until another man got in between them to calm things down ... or at least he tried. Indya reached back in to knock off Dion's 'MAGA' visor. Cops eventually stepped in and lectured Indya.

We reached out to Dion, who tells TMZ ... he's filed a police report for larceny. He says the sign's custom-made and ran him about $250. Indya, who plays Angel Evangelista on the FX show, took to Twitter to thank fans for the support and explain the confrontation.

Thank you for loving my community, fighting for us, supporting us fight for ourselves and others who are experiencing an increase of oppression and violence under this current administration.

Trump, of course, kicked off Pride Month by saying we should celebrate and "recognize the outstanding contributions LGBT people have made to our great Nation" ... while his administration announced a proposal that would essentially allow health care providers to discriminate based on gender identity.

All of that is obviously not sitting well with Indya -- however, the actor might have to answer to cops now. 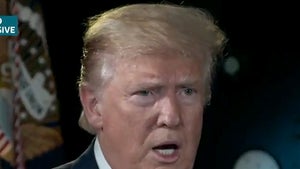 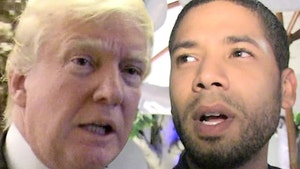