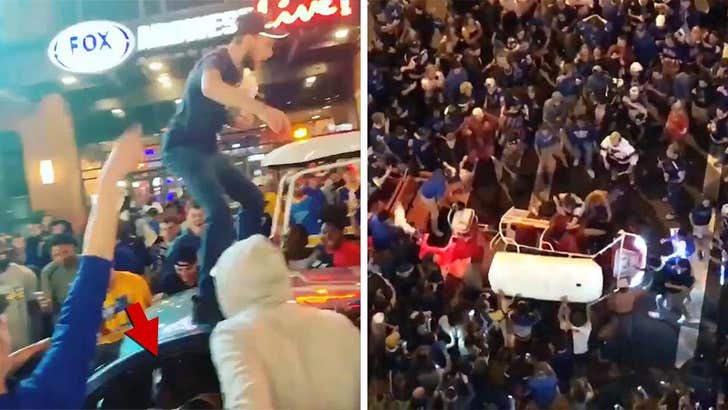 St. Louis Blues fans went absolutely bonkers after winning the first title in franchise history ... hitting the streets and attacking anything with wheels!!

The Blues finished off the Boston Bruins in Game 7 of the Stanley Cup Final ... and the fans flooded the streets and hit the roofs of OCCUPIED cars to celebrate ... and tried their best to knock over a golf cart.

The fans kept the party going all night ... which is a great thing, 'cause the players showed up early Thursday morning with their new friend, Lord Stanley!!

The Blues players wasted no time getting back to the home crowd, celebrating in the locker room briefly before hoppin' on their jet and flying to St. Louis.

But don't worry, they also had their fun on the ice as well before going home ... Robby Fabbri was CHUGGING whiskey straight out of the bottle like a boss.

Team captain Alex Pietrangelo showed off the trophy while the fans went crazy ... despite it being 4:30 in the morning. 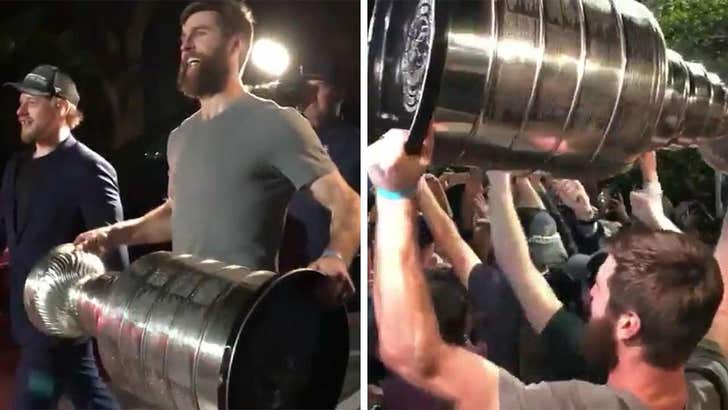 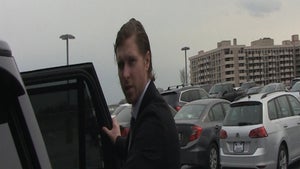 Washington Capitals Got No Fast Food from Trump at White House 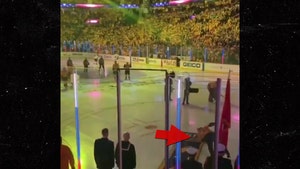