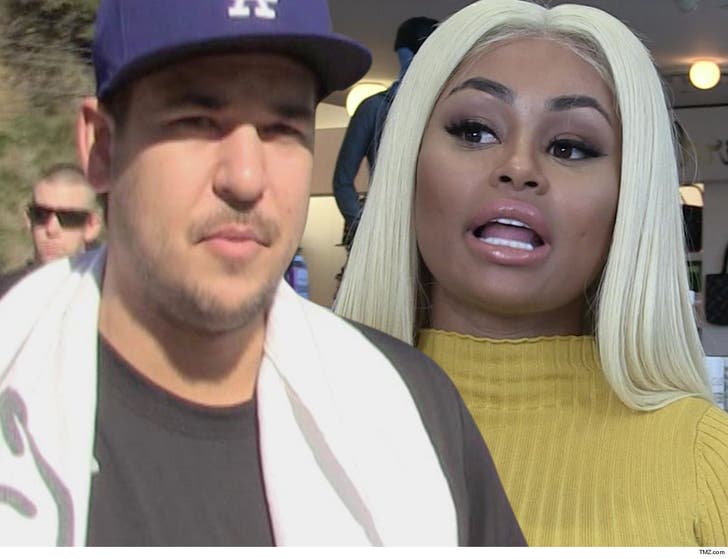 4:36 PM PT -- Blac Chyna is firing back at her baby daddy, Rob Kardashian, after he had his attorney sent a letter instructing her that their daughter, Dream, absolutely CANNOT appear on her new reality show, "The Real Blac Chyna" ... while taking some swipes at his own family at the same time.

She posted a lengthy statement Saturday, saying in part ... "Had Rob contacted me directly rather than through his attorney Marty Singer, Rob would have learned about Dream participation in the show."

She goes on to say that Dream was never going to be part of her show, and that she would never subject the kid to "long hours" on set. Further, she says she'd never let Dream be in the presence of the real drama that Chyna and her mom experienced while filming.

Chyna writes, "It is very unfortunate that Rob could not simply have an adult conversation with me 'the mother of his child,' Dream Kardashian, appearing on my show."

Then come the shots at the Kardashian family as a whole. Chyna went on to criticize the fact that Rob and co. have featured Dream on their own reality show, allegedly without ever consulting Chyna and seeing if she was good with it.

BC gets pretty nasty with her critique, writing ... "I also would have pointed out to Rob the hypocrisy of his family's insistence that Dream appear on 'Keeping Up with the Kardashians' in the family's desperate attempt to boost the dismal ratings for their stale and contrived show, without my approval, including an entire scene being Dream's birthday party, again without my consent."

Chyna finished her thoughts by saying, "My show is about my life and my kids are a huge part of my life. It's really sad that everything I do to better myself or my family the same people have something to say to stop or hinder it."

Rob Kardashian's pumping the brakes on his 2-year-old daughter becoming a big TV star ... or at the very least he's making sure it doesn't happen on Blac Chyna's new reality show.

Rob's lawyer, legal pit bull Marty Singer, fired off a threatening letter to Chyna, telling her their daughter, 2-year-old Dream, CANNOT appear on her show, "The Real Blac Chyna," without Rob's consent, and he will NOT give consent.

As we reported, Rob and Chyna share 50/50 joint custody, and Singer says there's no way Dream's mother can turn a TV camera on Dream without Rob being on board. 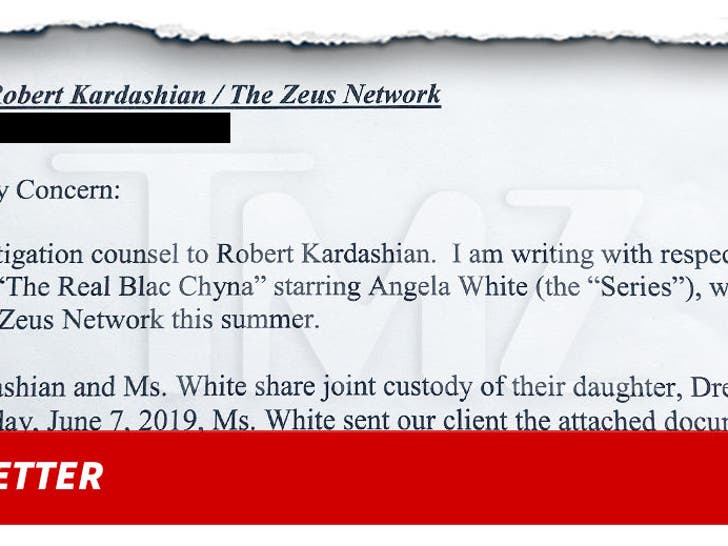 According to the letter, Chyna sent Rob an appearance release for Dream to appear on the series, and he's not gonna sign.

We're told Rob has several reasons for withholding consent. He's seen all the drama with Chyna ... most recently, getting into a crazy fight with her former hairdresser while Dream was in the house and an explosive fight with her mom. We're told Rob feels her life is way too tumultuous and a reality show would just exacerbate the situation.

Beyond that, Rob's had his own experience with reality shows, and for the most part, the experience wasn't good. He doesn't want his daughter subjected to the long hours, the lights and the drama.

The letter ends with a threat to the network that's airing the show ... "Should The Zeus Network proceed with releasing any episodes of the Series or related materials containing Dream's likeness, it will be acting at its own peril and exposing itself to significant liability." 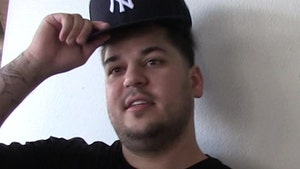 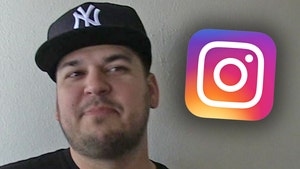 Rob Kardashian is NOT Back on Instagram, Despite Push for New Followers