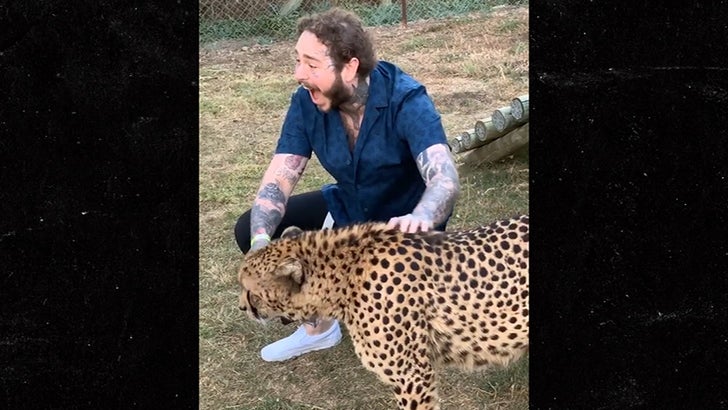 Post Malone could NOT look more ecstatic living life in the wild.

The rapper and his crew are currently in South Africa getting in on all the touristy stuff. They all hit up the popular Lion & Safari Park in Broederstroom, South Africa and got a little taste of everything ... from petting cheetahs to feeding giraffes. Side note: who knew giraffes were huge Lays chips fans? 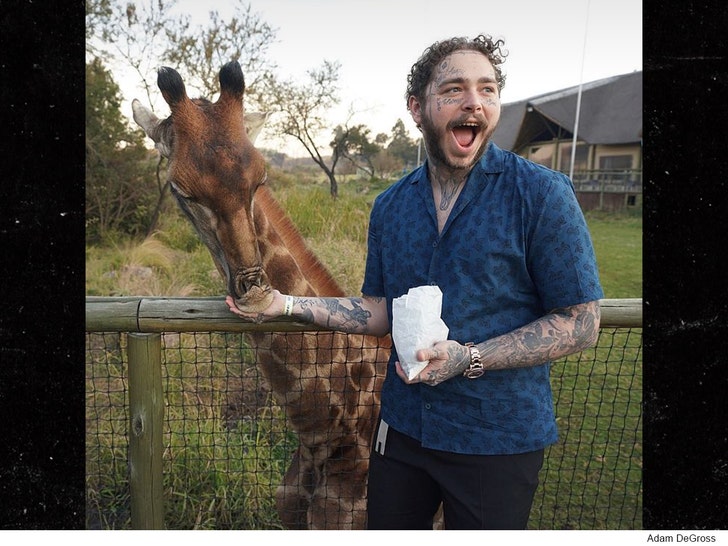 Check out the vid ... Post also got to pet a lion cub and even had a cheetah lick his hand. BTW ... Post was in South Africa because he performed earlier this week at the Castle Lite Unlocks hip hop experience in Johannesburg.

It's reportedly the first time Post Malone has visited the country and wowed the crowd. He performed "Better Now" among the several bangers. The crowd -- like the giraffes -- ate it up. 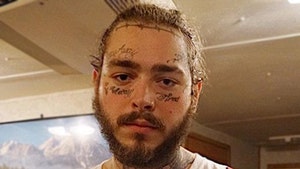