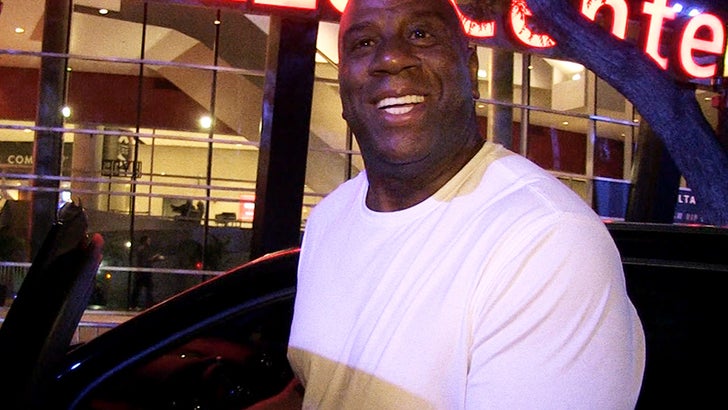 Lonzo Ball, Josh Hart, Brandon Ingram ... Magic Johnson says the move to ship them out of L.A. in order to bring in Anthony Davis is TOTALLY WORTH IT!!!

The NBA legend was leaving Staples Center on Thursday night when he praised Jeanie Buss and Rob Pelinka for putting the Davis trade together ... saying the Lakers are close to being title contenders.

Oh, and the fact Johnson is specifically dropping Rob's name is a huge deal -- considering Magic accused Pelinka of trashing him behind his back when he was still working for the Lakers.

Magic Johnson identifies Rob Pelinka is the person who was backstabbing him. pic.twitter.com/3mul9lJuzi

When asked if the Lakers gave up TOO MUCH to bring in AD, Johnson replied, "Always remember, it takes a lot to get a superstar. I'm just happy he's here."

"I don't even want to get into how much, it don't matter. He's here. It's gonna be jumping at the Staples Center. We're putting ourselves in line to win championships, that's what it's all about."

We also asked Johnson if the Lakers were going to get Kawhi Leonard -- he replied, "We'll see."

The clip is great -- Johnson couldn't have been more nice and GETS OUT of his car to take more pics with fans asking for selfies. 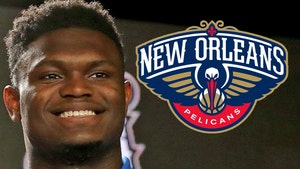 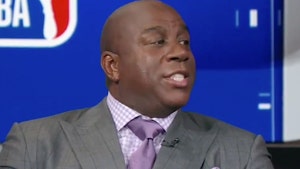