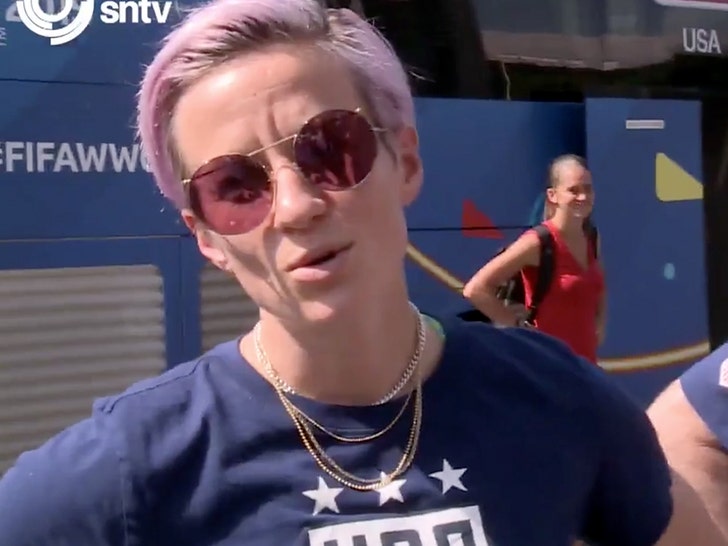 U.S. forward Megan Rapinoe on Alex Morgan's tea cup celebration: "I think I might have been upstaged. That was next-level."

And on English criticism of the tea cup celebration: "Wah, wah, wah... I don't think anyone truly believes we disrespect opponents."@sntvstory pic.twitter.com/XaCgGTsiKq

Morgan stuck her pinky out and pretended to sip some tea after scoring the winning goal in the semifinal against England on Tuesday ... and some people considered it "distasteful."

Rapinoe -- who had her own iconic celebration after scoring against France in the quarterfinals -- is calling B.S. on the criticism ... saying, "we're at the World Cup. what do you expect us to do?"

The cross.
The header.
The tea.

Have a birthday, @AlexMorgan13 🎂⚽️ pic.twitter.com/9VWpLO8KoP

"This is the biggest stage, the biggest moment. I don't think anyone truly believes that we disrespect the game or disrespect our opponents," the co-captain said.

"We work hard, we like to play hard and we like to have fun and enjoy ourselves and these are the absolute biggest moments to do that."

Rapinoe's been outspoken throughout the World Cup -- getting President Trump's attention after saying "I'm not going to the f*cking White House" ... with POTUS saying she should focus on winning.

Well, the team's doing just that ... and will play in the World Cup Final on Sunday. 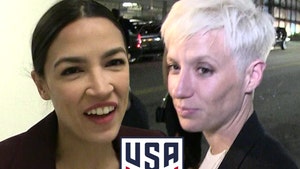 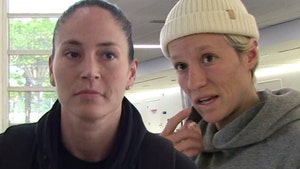