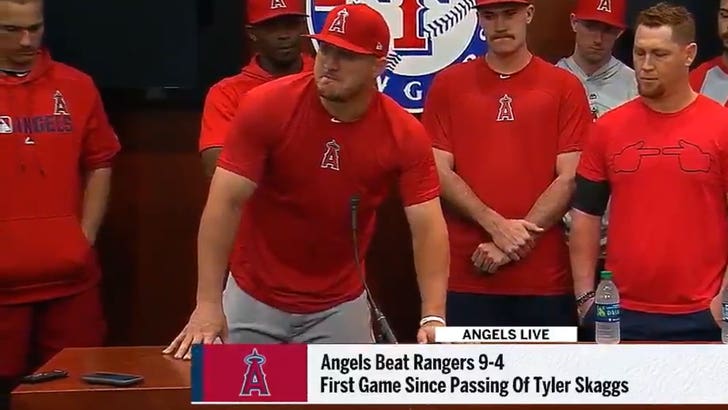 Just one day after the death of their teammate, Tyler Skaggs, the L.A. Angels decided to take the field against the Texas Rangers on Tuesday ... and they WON!

The Angels dedicated the game to Skaggs -- and had decided that playing the game is what the 27-year-old would have wanted them to do.

It was an emotional game ... with the Halos emerging victorious in a 9-4 game.

Afterward, Mike Trout fought back tears as he talked about how much Skaggs meant to the team.

Right fielder Kole Calhoun hit a home run in the 8th inning to help seal the victory -- and pointed to the sky in an obvious reference to Skaggs.

"We know we’ve got an angel watching over us now," Calhoun told reporters after the game.

"When I got to the plate, it felt right to pay some respect to him, and like I said, we know we’ve got somebody watching over us up there."

L.A. Angels starting pitcher Jose Suarez also honored Skaggs with “RIP 45” on his cap -- along with Tyler's initials "TSK" written above the bill.

Tyler passed away on Monday. Investigators are working to determine the cause of death. 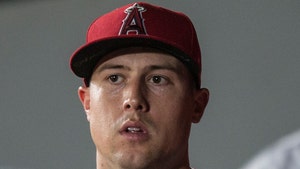 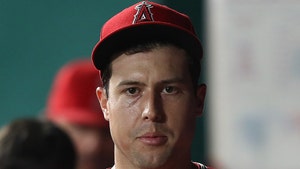