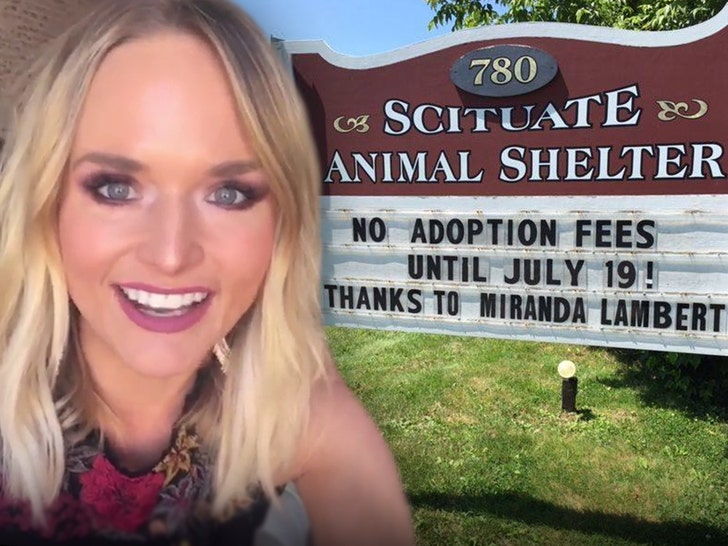 Miranda Lambert's playing fairy godmother to a bunch of dogs and cats desperately seeking homes ... and they're finding 'em thanks to ML's surprise donation.

The country star gifted a few thousand dollars to Scituate Animal Shelter in Plymouth County, Massachusetts. It might not sound like a lot, but executive director Maryann Regan tells us Miranda's donation is allowing them to waive adoption fees, and that's getting a lot more people in the door to find pets.

The unexpected boost to biz was set in motion when Maryann was sifting through her mail back in March when she happened upon a letter and certificate personally signed by Miranda. 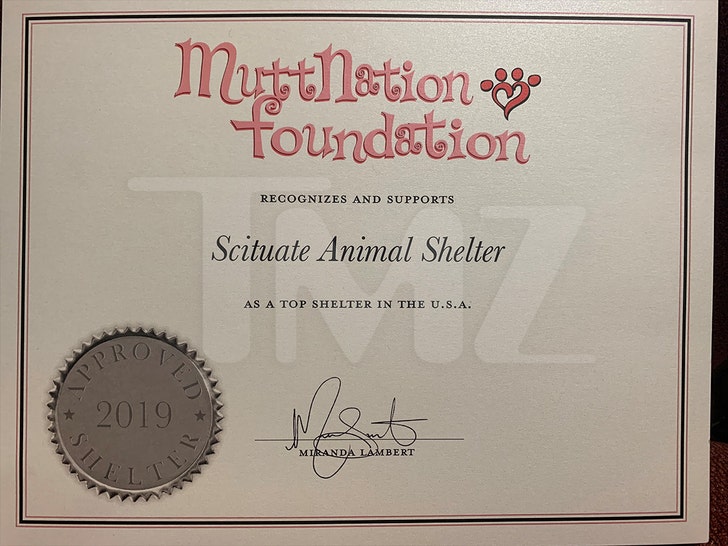 The letter was from Miranda's MuttNation Foundation ... a nonprofit the Grammy winner co-founded with her mom 10 years ago to promote the adoption of shelter animals. It also donates money and other resources to well-run shelters.

Scituate is a first-time recipient of Miranda's generosity, and Maryann says they earmarked the donation to help increase adoptions during the summer, which is typically when shelters are most packed.

Maryann says during summer time the shelter's lucky if it can get 2 animals into forever homes a day -- however they're tripling that rate, thanks in large part to Miranda's donation which eliminates fees ranging from $100 to $250. The special kicked off last week and runs through next week. 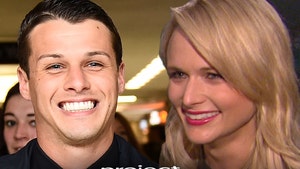 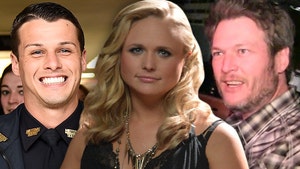