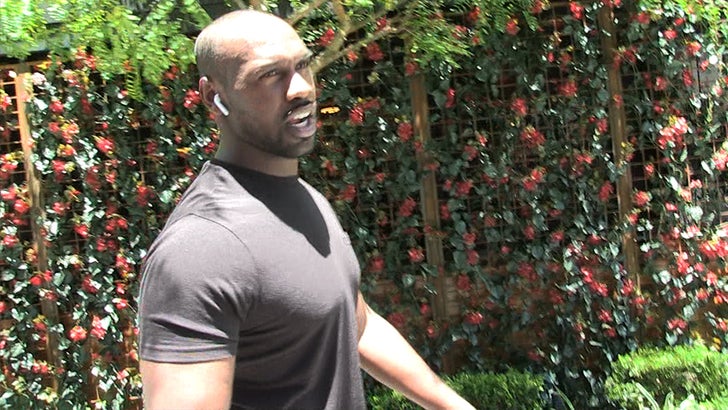 Chandler Jones would BEAT THE HELL out of his famous UFC brother, Jon Jones ... so says the Arizona Cardinals DE himself, who tells TMZ Sports, "I'll beat Jon Bones' ass!!"

"Listen, he has the longest arms in the UFC," Chandler says ... "My arms are longer than his. That's my brother, I love him to death, but I'll kick his ass!"

The clip is hilarious ... but Chandler seems dead serious -- telling us his older brother would take the first real L of his career if the two really did square up.

And why? Chandler says it's all about his power. 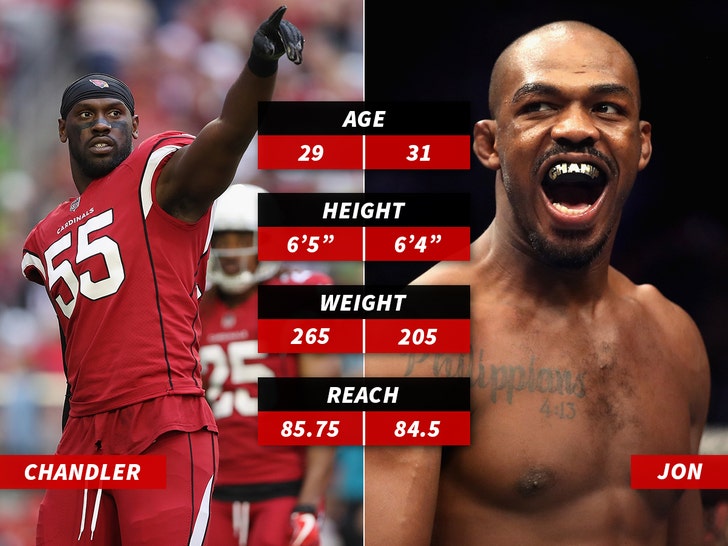 As for Jon's input on the matter, Chandler says even the UFC superstar knows he'd get wrecked in the bro-on-bro fight!!

BONUS -- Chandler also had some trash talk for Jon's rival, Daniel Cormier ... and thinks he'd be able to beat up Cormier in a fight too!!!! 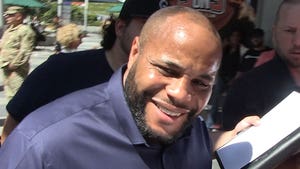 Daniel Cormier On Brush With Jon Jones, 'We're Not Friendly' 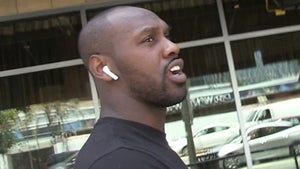