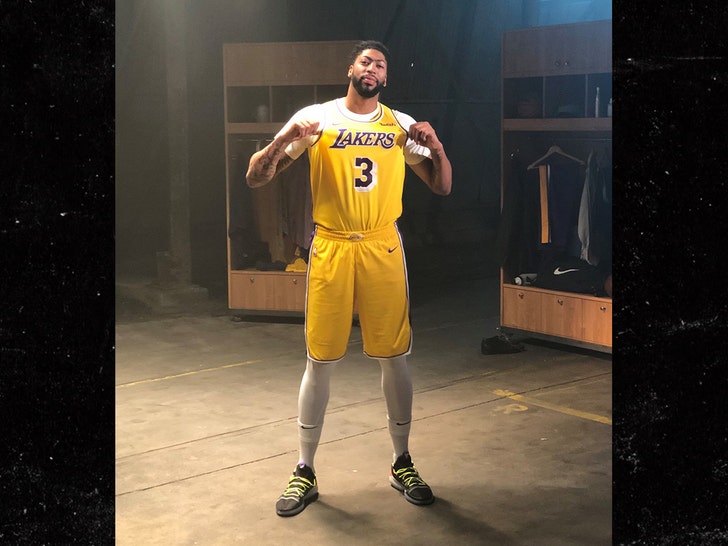 Here it is!!! The first look at Anthony Davis head-to-toe in his new threads ... and it's probably bringing a tear to LeBron James' eye.

The NBA superstar threw on his #3 Lakers jersey and shorts for the first time on Wednesday for some promo for NBA 2K20 (he's the cover athlete) ... and he's sporting a HUGE grin on his face.

Of course, AD *was* gonna wear #23 after the King gifted his digits to his new teammate ... but the Brow will be stuck with tres for the upcoming season due to manufacturing issues with Nike.

According to an ESPN report ... the Swoosh woulda lost "well into the tens of millions of dollars" if LBJ switched to #6 like initially planned ... thanks to a bunch of James jerseys that were already made.

Regardless of the number ... seeing AD in full gear has gotta have Laker fans hyped. 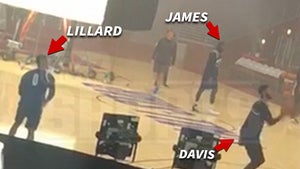