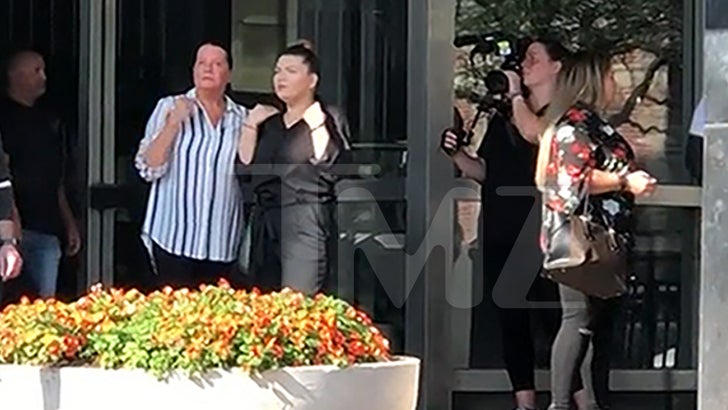 Amber Portwood's making her priorities clear ... as she waltzed into an Indiana courthouse to learn if she would lose access to her one-year-old child in her domestic battery case, an MTV camera crew was there lapping it all up.

Amber was back in Marion County Court on Thursday ... with fellow "Teen Mom OG" cast members Catelynn, Maci and Cheyenne anxiously waiting outside the courtroom, and an MTV camera crew was capturing everything.

There was good news for Amber on the legal front ... her no-contact order was lifted, allowing Amber to have supervised visits with her 1-year-old son, James, following her domestic battery arrest. At least from the outside, it seemed like she was more concerned about camera time, though.

Also joining the "Teen Mom OG" stars in support of Amber -- Kristina, the new wife of Amber's ex, Gary. Looks like Kristina got chatty with the reality stars.

TMZ broke the story ... Amber was arrested for domestic battery on July 5 after her boyfriend, Andrew Glennon, contacted cops and claimed she hit him with a shoe while he was holding their child. She also allegedly wielded a machete during the incident.

As we reported ... Amber will almost certainly lose her 'Teen Mom' gig if she's convicted of going after her BF with a machete, because she's already on thin ice with MTV.

But, for now ... the cameras are still rolling. 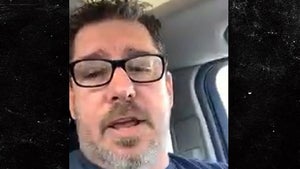 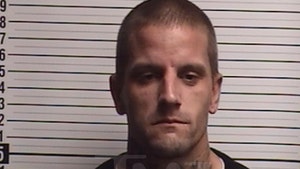