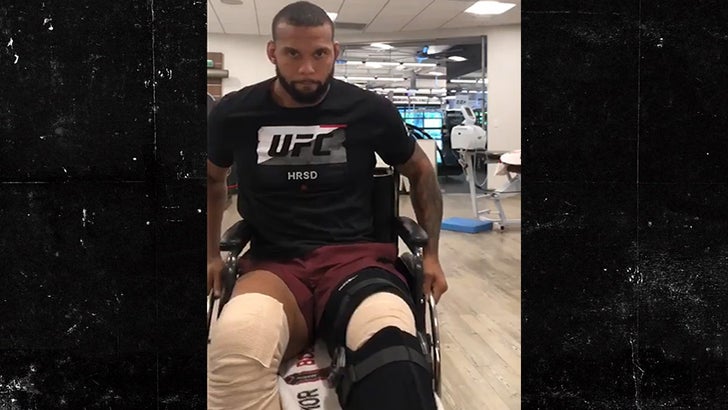 It's been a full week since UFC fighter Thiago Santos had surgery on BOTH of his knees following his main event fight against Jon Jones ... and Santos says he's in so much pain, he fears using the bathroom.

Santos put up one hell of a fight against Jones on July 6 -- going 5 rounds with the champ despite severe ligament damage to both of his knees.

In left knee, Santos tore his ACL, MCL, PCL and meniscus. He also suffered a partial ligament tear in his right knee.

Santos underwent double knee surgery last Wednesday ... and while he's already back in the gym trying to exercise (beast!) ... he admits he's in a ton of pain.

"I must admit, these days are tough, filled with a lot of pain," Santos said.

"I can’t sleep or eat properly due to the medications. I even fear using the bathroom because the walk there is a battle. Thank God the pain is subsiding."

He noted in a video message that he's "very happy" -- but it's clear he's struggling. 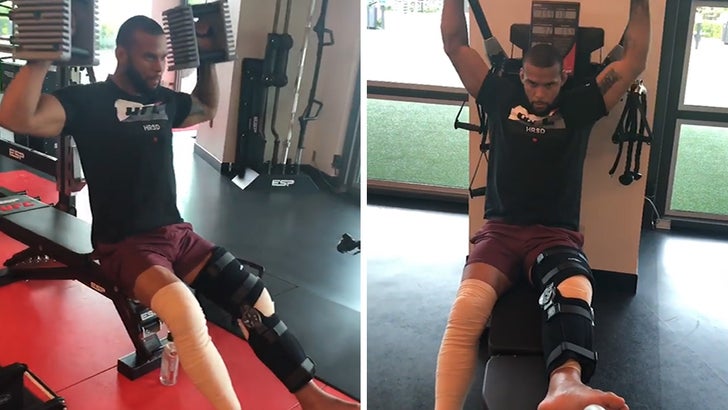 The good news, the honchos at he UFC -- including Dana White -- were impressed with his performance against Jones, especially now that we all know he was fighting with such severe injuries.

Hopefully, he'll return to the Octagon next year.