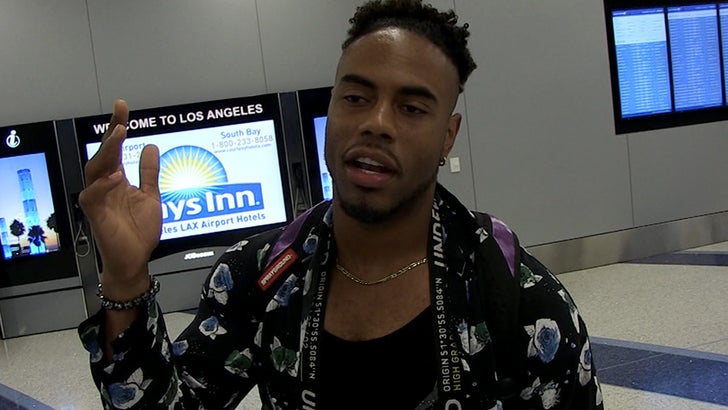 Melvin Gordon should stand strong in his holdout from the Chargers ... so says Rashad Jennings, who tells TMZ Sports the RB should do it until he gets a new, fully guaranteed deal!!!

MG has been playing hardball with Los Angeles for the past few weeks wanting a fresh contract ... and the negotiations appear to have gotten pretty ugly.

In fact, reports say the Chargers could ultimately end up trading the superstar tailback before the season begins.

Jennings -- a former NFL running back himself -- tells us Gordon should keep the fight going, even if it means a trade down the line ... saying, "Set a standard!"

"Matter of fact, get it all guaranteed, too!"

Jennings says it's rare that a player has this kind of leverage over a team ... and he's all for the player using it.

FYI, Gordon signed a 4-year deal back in 2015 with the Chargers for $10 million. He's set to make around $6 million this season after the team picked up his 5th-year option in 2018.