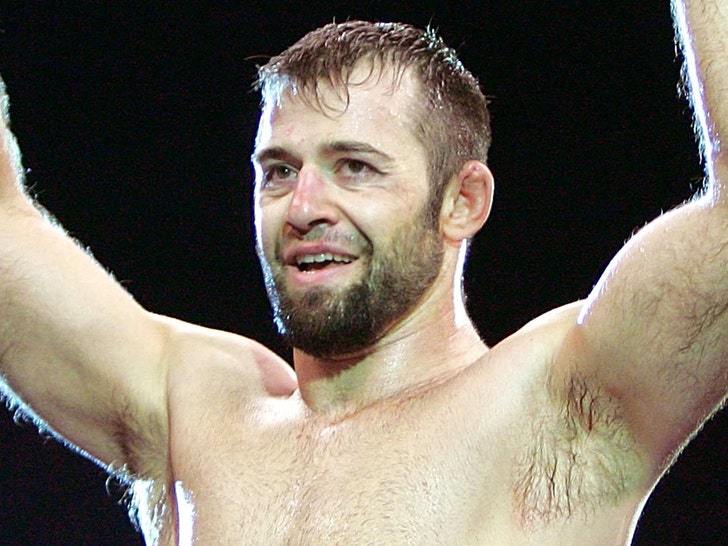 However, Schoenauer claims he did suffer nerve damage and range of motion loss in his left arm from the injury.

A pro stuntman claims he was SHOT IN THE BACK with live ammunition from a semi-automatic assault rifle while auditioning for a role in a TV show ... and shocker, he's pissed!!!

The man behind the lawsuit is Alex Schoenauer -- a former MMA fighter who famously appeared on Season 1 of UFC's "The Ultimate Fighter" ... where he fought (and lost to) Forrest Griffin.

Schoenauer is a stuntman now ... but things went horribly awry for him during a Sept. 2018 audition for JMP Productions, which makes action shows like "SEAL Team" and "S.W.A.T."

According to the suit, Schoenauer's audition called for him to burst through a door with a stuntwoman at the Oak Tree Gun Club in SoCal while both carrying semi-automatic assault rifles.

Problem is ...  Schoenauer claims the guns were loaded with LIVE AMMO -- and when the stuntwoman fired her gun, he was blasted through the upper back!!!

Schoenauer says the bullet exited through his upper arm/shoulder -- though he does not say in the lawsuit if the injuries he sustained were life-threatening.

The part of the lawsuit we just don't understand ...  Schoenauer claims the man responsible for coordinating the stunt specifically arranged for the guns to be loaded with real ammunition.

Now, Schoenauer is suing everyone from JMP to the stunt coordinator ... and even the woman who shot him in the back for unspecified damages.

We reached out to JMP Productions for comment -- so far, no word back.

Schoenauer's MMA career never really took off after "The Ultimate Fighter" ... but he's found success in the stunt world (besides being shot) ... with gigs on big movies like "Fast Five," "End of Watch" and "Transformers."