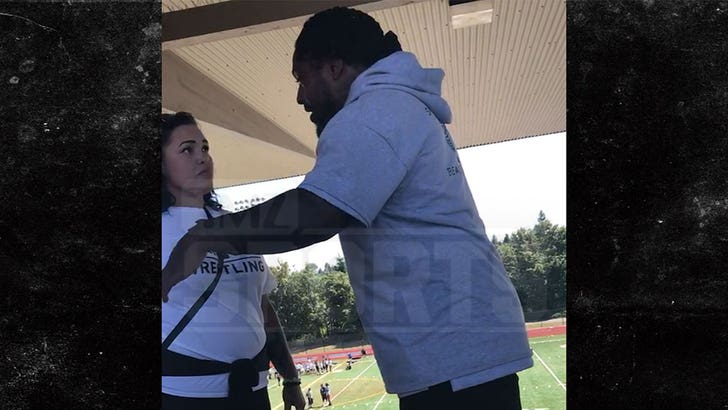 Marshawn Lynch hurled F-bombs at a group of kids during a drill at his football camp in Seattle ... and when one of the moms confronted him, Marshawn asked, "Is there a man here with you?"

It all went down at Lynch's Fam 1st Family football camp on July 28 at a high school in West Seattle where Lynch was out on the field coaching up roughly 200 kids, some as young as 9 years old.

At one point, we're told 33-year-old Lynch tossed some of the kids out of a contact drill ... saying, "Get the f*ck out." It's unclear why Lynch booted the kids from the drill. 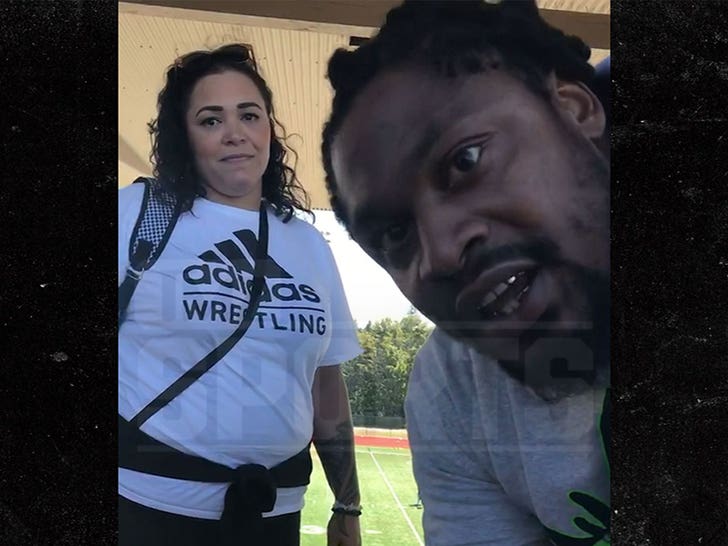 Some of the kids began to cry -- prompting at least one parent to intervene. We're told that parent went onto the field and pulled her kid out of the camp immediately, telling off a camp staffer in the process. The woman says she threw her son's jersey on the field in Marshawn's direction and stormed off.

Our video begins with Lynch walking up into the stands to try and speak with the upset mother and other parents at the camp.

The moms in our video (who have kids around 11 years old) wasted no time telling Marshawn they had huge issues with his language and conduct on the field.

Marshawn repeatedly asked the women, "Is there a man here with you?!"

In the video of the encounter, you can hear another parent tell Lynch, "What does that matter?!"

Lynch responds, "Because I want to speak to a man."

We spoke with Stephanie Siva, the mother who Lynch is speaking with in the video, and she told us she felt the question was incredibly sexist and she was offended by it. 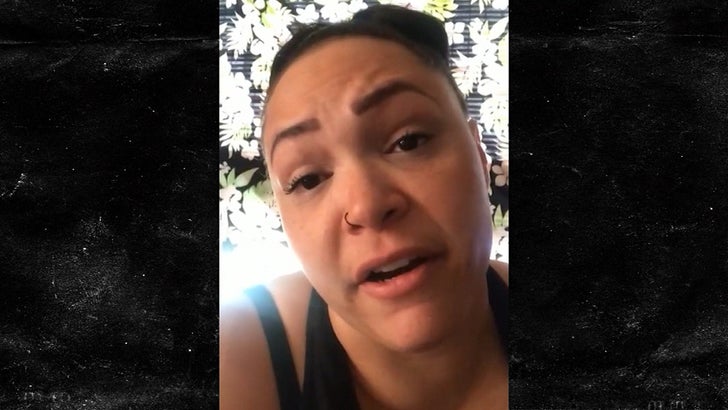 During the intense interaction, Lynch acknowledged using obscene language -- including the F-word and the N-word -- and explained why the words are necessary to get the most out of the kids.

Lynch explains, "There's no disrespect ... I understand I'm not gonna be able to please everybody."

At no point did Lynch ever raise his voice or get aggressive -- in fact, he was very calm during the entire interaction.

As Lynch tries to end the conversation, he addresses one of the moms as "sweetheart."

We've reached out to Lynch's reps for comment -- so far, no word back. 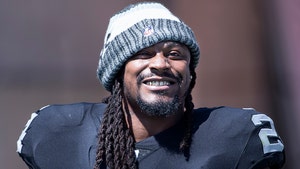 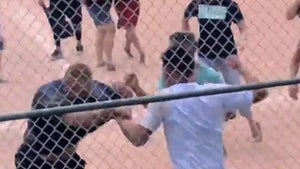