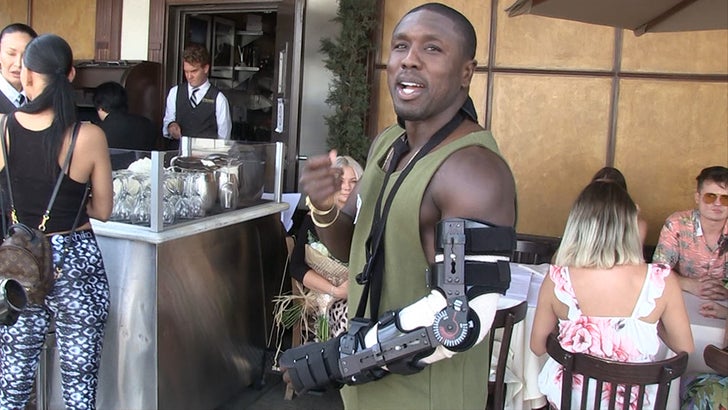 Boxing star Andre Berto is in pretty good spirits for a guy who suffered a major arm injury!

The 2-time former welterweight champ was in L.A. on Saturday -- the same day he was supposed to be in Brooklyn to fight Miguel Cruz ... if not for tearing his bicep during training camp.

Long story short, Berto says he was sparring and threw a solid left hook when he felt something pop. Next thing he knew, the docs had him undergo an MRI where the test showed his bicep had torn "completely off the bone."

35-year-old Berto underwent surgery -- and was sporting a massive medical brace on his arm while eating lunch at il Pastaio with a lady friend.

Andre says the normal recovery is about 3 to 4 months, but he's hoping to cut that in half and return to the ring as soon as possible. 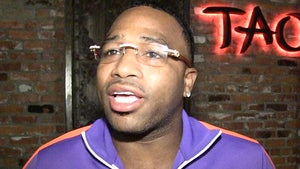 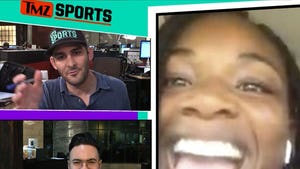