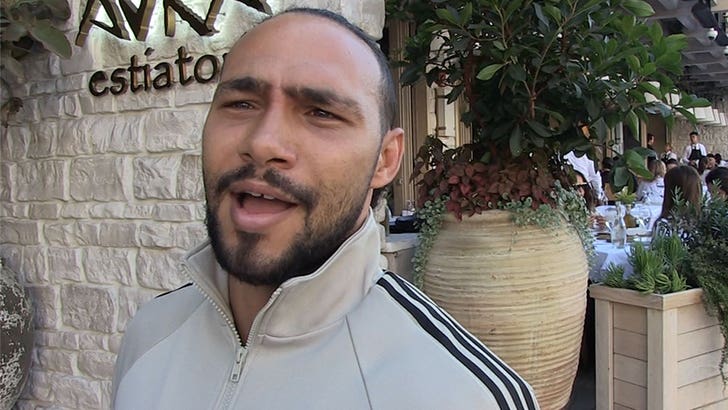 Keith Thurman is ready for another crack at Manny Pacquiao -- telling TMZ Sports straight-up, "I'm ready for the rematch!"

The boxing star was out at Avra in Beverly Hills -- the first time we've seen him since losing to PacMan by split decision after their July 20 war in Vegas. The fight was great.

30-year-old Thurman was in pretty good spirits considering he's still nursing the first loss of his pro career ... but says he REFUSES to cry about it because, "I got paid!"

Thurman says he's got nothing but respect for 40-year-old Pacquaio -- and was super impressed by his skills in the ring -- but claims the judges got it WRONG on the scorecards.

"I still think the fight was nothing more than a draw," Keith tells TMZ Sports ... "I don't really think that he won the fight."

Keith says fans in the Philippines LOVE him now because he gave PacMan a REAL championship fight -- unlike Floyd Mayweather and Adrien Broner.

He also knows there's big money in a PacMan rematch and tells us he's willing to fly over to the Philippines to meet Manny in person so they can hash out a new fight contract.

He even shouted out a message for Manny -- "Where's the contract, Pac?! Sign the contract!  Rematch!"