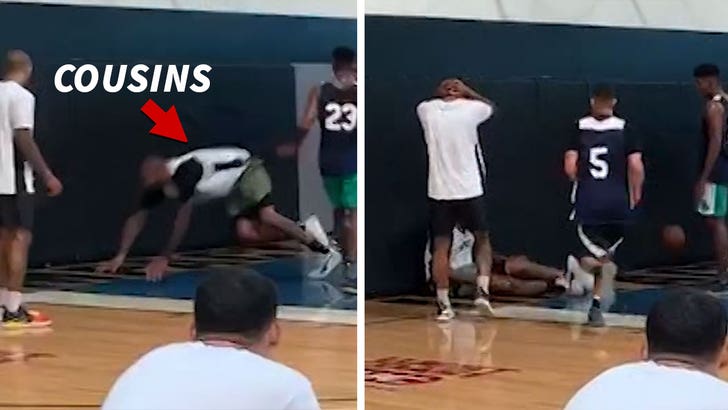 TMZ Sports has obtained video of DeMarcus Cousins' devastating ACL injury ... showing the NBA superstar screaming and falling to the court after attempting a routine layup.

The 29-year-old L.A. Lakers All-Star was practicing in Las Vegas on Monday ... when his knee gave out while driving to the basket.

Cousins could immediately tell something was wrong ... letting out a scream as he stumbled to the hardwood. The 6'11" center pointed at his right knee as help rushed over.

The other players are visibly upset as well.

It's gotta be frustrating for Cousins ... who tore his Achilles as a New Orleans Pelican in 2018, and tore his quad in the playoffs with the Golden State Warriors this past season.

Shams Charania reports Cousins underwent more testing on Thursday ... and it was confirmed he tore his ACL, which will likely sideline him for the entire season.

We're told Cousins had been balling a lot recently at the IMPACT Basketball training center -- where tons of pros like to go during the offseason.

Here's hoping for a speedy recovery.