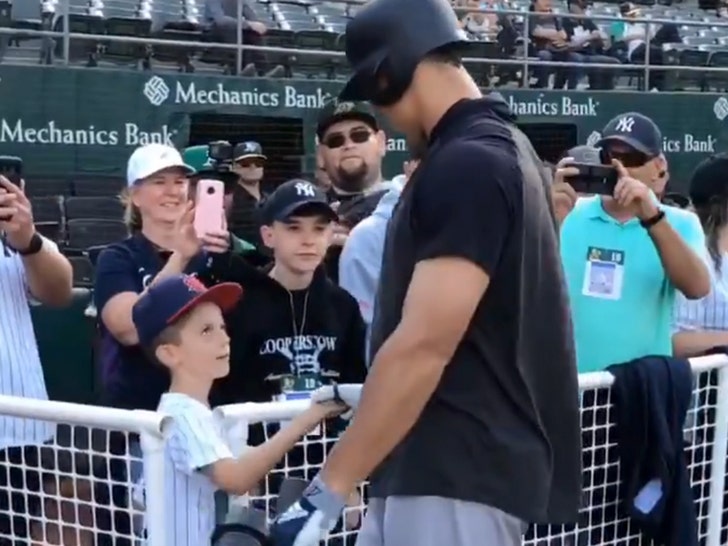 Touching moment on the baseball field Tuesday ... Aaron Judge took time out of his pregame warmup to surprise a little kid whose dad just recently died -- and their meeting was awesome.

Kellen Wilson's father, Kyle -- who attended Judge's alma mater, Fresno State -- tragically passed away last October at the age of the 36 ... and Judge was so moved by the story, he sent the kid a jersey a few weeks later.

But, when Aaron's Yankees made the trip to Wilson's hometown to play the A's on Tuesday ... it was unclear if Judge would be able to meet up with Kellen in person, especially after the team bypassed pregame batting practice.

But, Judge made the time to go seek out Kellen anyway ... and the two had an awesome meeting -- which Kellen's mom said was a complete surprise to everyone.

Hopefully this is the best thing Aaron Judge does on the field tonight... he just made a young Fresno State fan’s day 👏 pic.twitter.com/w3urEQOt82

"He [Kellen] had no idea, though [that he was going to meet Judge]," Chelsy Wilson told MLB.com ... "And we had no idea. And when the Yankees didn’t take batting practice, they thought no way."

"But Kyle is pulling strings from above. We are so grateful to Mr. Judge. He has been an incredible role model to Kellen, even sending Kellen a jersey back in December."

6-foot-7 Judge took a picture with Kellen on the field, signed his jersey and autographed his bat ... and the two were even able to have a short conversation.

Then, Judge went out and hit one of the most monstrous home runs of the season ... blasting a 474-footer!!!

"He is exactly the kind of human and player Kyle told Kellen to look up to," Chelsy said. "How hard he works. How he treats others. And all he stands for." 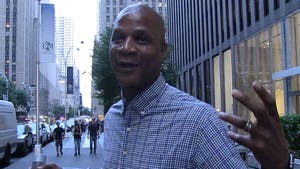 Darryl Strawberry Fired Up For Pete Alonso, Glad He Broke My HR Record! 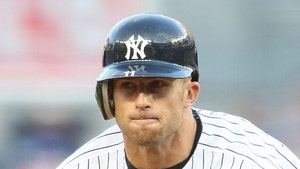 Brett Gardner and Other Yankees Ejected After Face-Off with Umpires