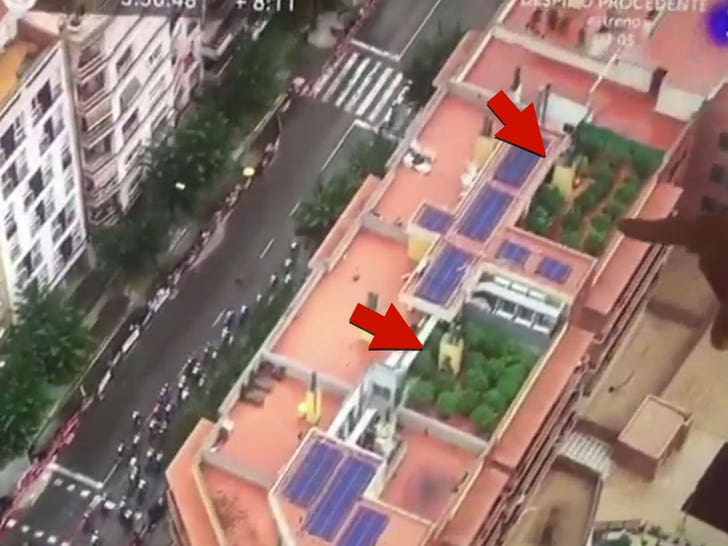 WARNING: If you hear a chopper outside covering a massive bike race near your house, TAKE THE WEED PLANTS OFF THE ROOF!!!

That's the lesson some poor marijuana enthusiast in Spain learned the hard way ... when his rooftop weed farm was exposed on live TV.

It all went down during the Vuelta a Espana race on Saturday ... when a TV crew helicopter was following the cyclists as they raced through Barcelona.

At one point, you can see a rooftop with a BUNCH of green plants ... and someone decided to snitch to the cops that it looks like pot.

Police say they acted on the tips, raided the building and ultimately seized 40 PLANTS!!!

Despite the score, cops say they have not made any arrests but they're investigating.

In Spain, it's legal to have weed for personal use -- but it's been outlawed for commercial purposes. 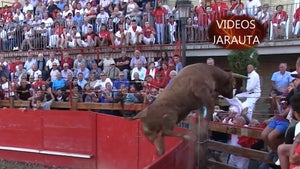 Massive Bull Jumps Into Stands In Spain, Charges Into Streets 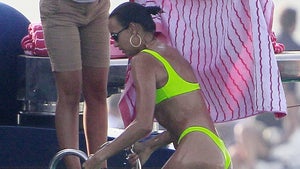 Irina Shayk Takes a Dip in Ibiza in Neon Bikini

You Might Want to Rethink TMZ Sports Drugs & Alcohol Police