Dana White says BJ Penn will never fight in the UFC again after brawling in the street in Hawaii -- advising the Hall of Famer that he needs to get his personal life in order.

TMZ Sports broke the stories ... 40-year-old Penn has been at the center of TWO street fights in Hawaii over the past few months. Most recently, he got knocked out in a slug fest outside the Lava Shack on the Big Island in a fight captured on video.

So, was the Lava Shack fight the last straw for Dana?

"But, after what I saw on that video, BJ needs to ... he needs to focus on his personal life, get himself together before he worries about fighting again."

Penn is on a 7-fight losing streak in the UFC -- but Dana had said he would let Penn take one last fight against Nik Lentz later this year. Clearly, that's not happening now.

As for BJ, he claims he was NOT the aggressor in either Hawaii street fight -- and insists he was trying to DIFFUSE the situation outside the Lava Shack before things escalated.

"What I saw in that video was sad," White added ... "And, I love the kid and I hope he gets his life together."

"If BJ Penn needed me, all he needs to do is pick up the phone and ask." 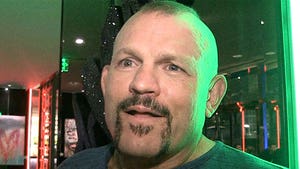 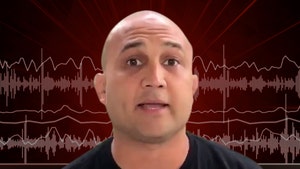