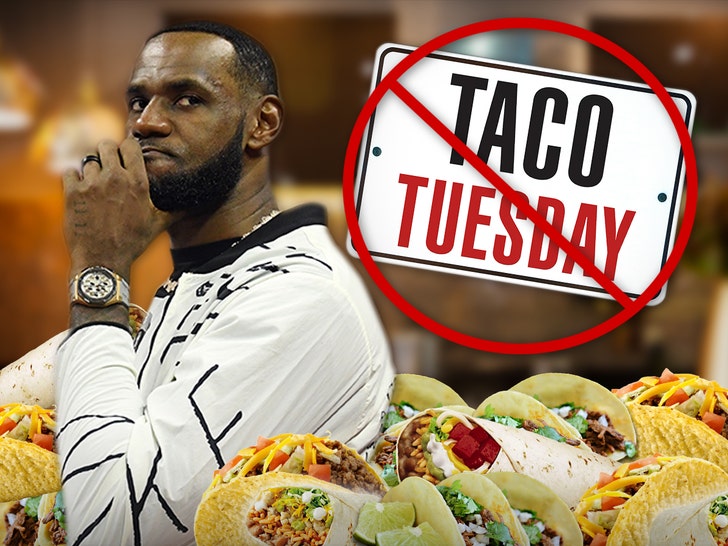 Yep, The King's quest to trademark the phrase "Taco Tuesday" was REJECTED by the USPTO on Wednesday ... with the org saying the phrase is just too damn common for LBJ to own.

Bron's "Taco Tuesday" celebrations became a worldwide hit this summer due to hilarious videos of him screaming at the top of his lungs every Tuesday over his delicious meals.

The trend has caught on so much, LeBron -- who even made T-Shirts for the occasion -- tried to trademark the saying back in August to use as a marketing tool online.

But, in docs filed by the USPTO late Tuesday night, they shot down James' request ... citing it as a "commonplace message."

Essentially, the org says too many people use the phrase "Taco Tuesday" to describe their weekly Mexican meal ... and denied Bron's quest to own the saying.

Doesn't seem LeBron will mind too much ... his "Taco Tuesday" game appears to be still going strong.

Which means ... MORE TIME FOR ANTHONY DAVIS TO PREPARE FOR THE NEXT ONE!!! 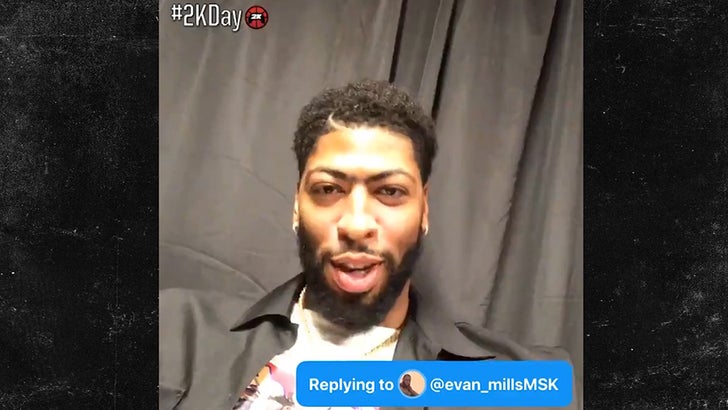 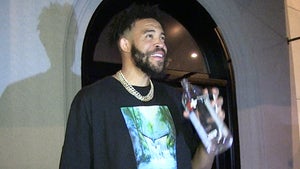