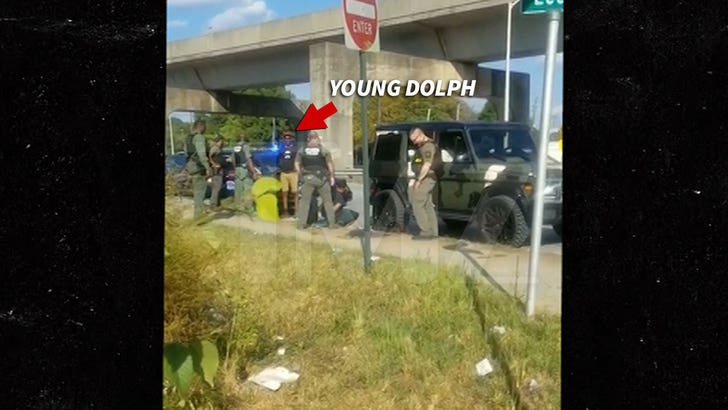 Young Dolph found himself in a pair of cuffs after police thought they smelled weed when they pulled him over in Atlanta ... but there were no drugs in the car, and Dolph walked free.

Video of the incident -- obtained by TMZ -- shows the rapper standing outside his Mercedes-Benz G Wagon being detained by police officers, while his pals sit on the curb in handcuffs.

Law enforcement sources tell TMZ ... Young Dolph's car was pulled over Tuesday afternoon because he was not wearing a seat belt while driving, and cops thought they smelled some chronic when they went to the window. So, they pulled everyone out of the whip and cuffed 'em. 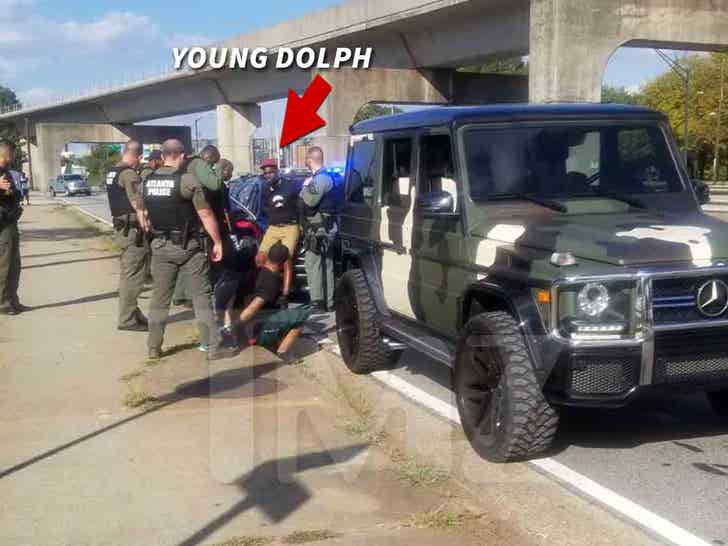 Our sources say police searched the car, but couldn't find any ganja.

We're told cops cut Young Dolph a break and did not ticket him for not wearing a seat belt -- he just got a warning. 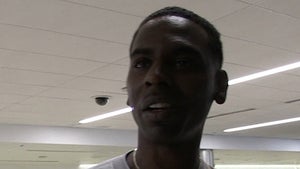 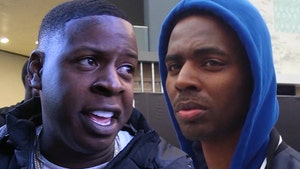