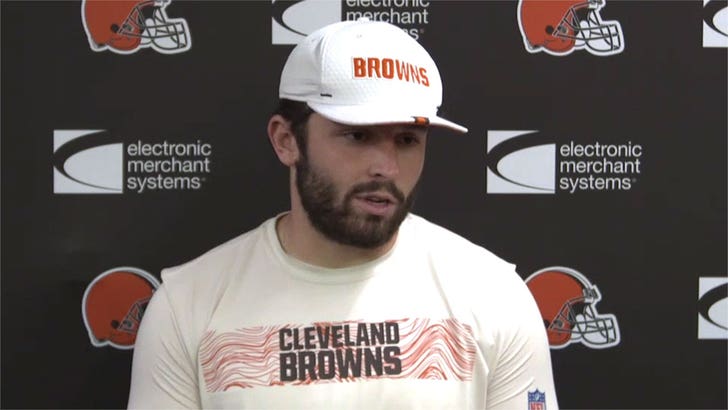 Baker Mayfield is teeing off on Rex Ryan for calling him "overrated as hell" ... saying Rex's opinion doesn't matter -- and he's out of the NFL for a reason!!

The coach-turned-analyst took a shot at the Cleveland Browns QB on ESPN's "Get Up!" on Tuesday following the team's loss to the Rams ... saying Mayfield's not as good as people think.

"I bought into the dang hype," Ryan said. "What's he doing right? Here's a guy right now that's a one-read guy and then he's gonna improvise."

Ryan also bashed Baker for being slow and inaccurate down the field.

Mayfield was asked whether Rex's comments added "fuel to the fire" on Wednesday... and that's when he ripped into the coach for not having a football gig.

"It's whatever," Mayfield said. "In the wise words of Freddie Kitchens -- 'if you don't wear Orange and Brown, you don't matter.' Rex Ryan doesn't have any colors right now for a reason, so it's okay."

Baker has a history of going after media members who are critical of him -- just ask Colin Cowherd.

It'll be interesting to see how these comments shake out though -- considering Rex had a consistent career as a coach in the NFL from 1999 to 2016 ... and has a Super Bowl ring from his stint as a defensive line coach with the Baltimore Ravens.

As a head coach, Rex also took the NY Jets to the AFC title game in his first 2 seasons with the team. His career record as an NFL head coach is 65-68 with 4 playoff wins.

Baker has led his Browns to 8 wins in 16 games since being selected as the #1 overall pick of the 2018 NFL Draft.

Guessing Rex won't shy away from this one. Getcha popcorn ready ... 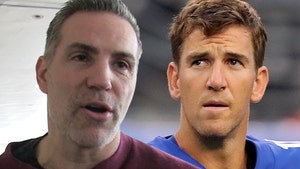 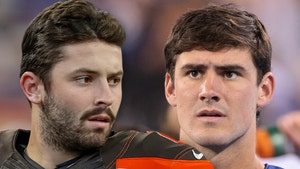