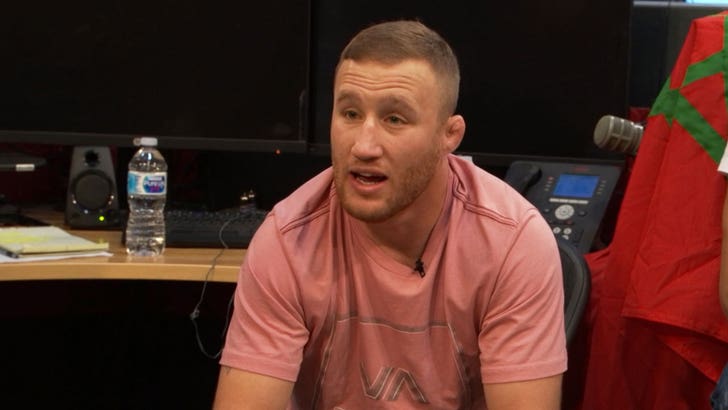 Justin Gaethje is sick and tired of Conor McGregor ... telling TMZ Sports he's been trying to lock down a fight for months, but the Irishman just won't come to the negotiating table.

Gaethje says he's tried every trick in the book to draw him out for the past 7 months ... but it seems Conor has more interest in tweeting than fighting these days.

"He keeps tweeting he’s gonna fight. On planet earth, there's 2 people that will possibly fight him -- me or Dustin Poirier ... He either needs to go away or fight, and it’s me or Dustin."

In fact, Justin says there was a point where he honestly thought Conor had retired from MMA because the guy refuses to have serious negotiations about taking meaningful fights.

Remember, Conor went on ESPN back in August and said he had been targeting Gaethje for a fight in July but his plans were derailed when he suffered a hand injury during a sparring session.

Justin made the comments during an awesome 30-minute conversation with the TMZ Sports crew ... a convo that included UFC stars like Kamaru Usman, Henry Cejudo, Kelvin Gastelum and Ottman Azaitar.

The entire 30-minute convo will drop on the TMZ Sports YouTube channel on Tuesday ... so make sure to check back.

The guys talk about everything from street fights to real beef with other UFC stars ... and they even make a serious pitch to be on the next season of "The Bachelor." 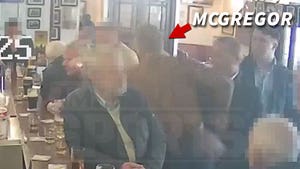 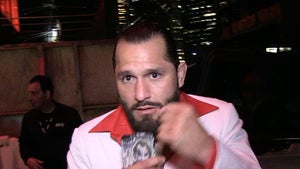