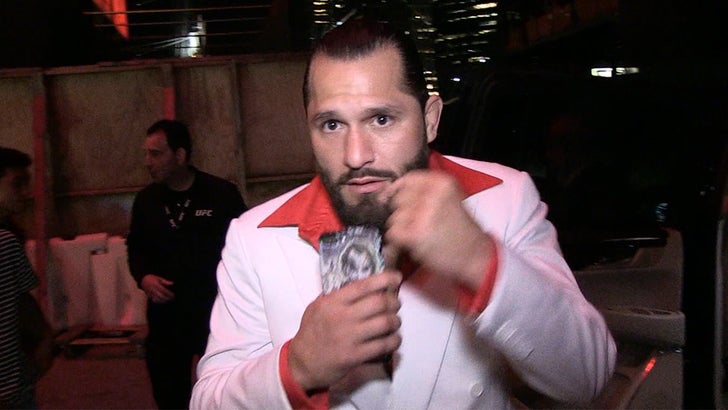 Jorge Masvidal tells TMZ Sports the UFC knows he wants a crack at Conor McGregor -- but he REFUSES to jump through hoops to get it ... saying Conor knows where to find him.

"I'm not in the business of bullying," Masvidal tells TMZ Sports ... "I like beating up bullies and stuff but, if the dude don't want it, I'm not gonna beg him for it."

Conor has been flirting with several opponents since his last fight in the UFC -- including Justin Gaethje, Cowboy Cerrone and a rematch with Khabib Nurmagomedov.

Jorge previously told us he's down too -- but Dana White hasn't exactly been chomping at the bit to make it happen.

But, things might be changing ... this week, Dana changed his tune -- saying he would consider booking Conor to fight the winner of Nate Diaz vs. Jorge Masvidal when they clash at UFC 244 in November.

And, when we saw Masvidal in NY on Thursday, he claims the REAL reason White hasn't already booked the fight is because Dana knows how it would end.

"Would I f**k him up and Dana White knows it??? Hell yeah, bro!!! There's a reason we're not allowed to play with each other."

In the meantime, Masvidal says he's laser-focused on Diaz and explains why it's an absolute HONOR to fight at Madison Square Garden. 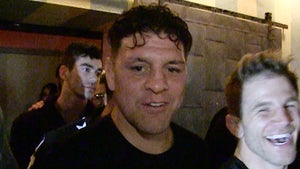 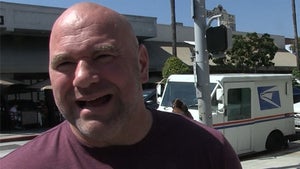